Since the age of seven, student Danielle Alvares has been volunteering around her community. Now years later she is being rewarded for her hard work with a $5,000 scholarship.

Thanks to a $20,000 annual donation from the Tom Leon Foundation, Alvares and three other Toronto Catholic District School Board students received bursaries to help fund their first year of post-secondary education.

“[This bursary] gives me the chance to focus more on my studies [and] to be able to do less paid work and more volunteering,” says Alvares who plans to use the money to study cell and molecular biology at the University of Toronto’s Scarborough campus.

During her years at Senator O’Connor, Alvares was an organizer for Free the Children and for Empowered Student Partnership and she was the MVP for the school’s swim team for three years. She also holds a part-time job as a parish secretary at Annunciation of the Blessed Virgin Mary Catholic Church.

Her mother, who works as a teacher at St. Richards, is proud to see that her daughter’s efforts are being recognized, which she said could sometimes be overlooked.

“She puts in hard work in a very quiet and unassuming manner,” she says. “She’s not loud, but she has a presence.”

The money for the bursary comes at a good time for the Alvares family as one of Alvares’s sisters is living with two chronic illnesses, which has put a strain on the family’s finances.

“It still feels surreal [to win],” Alvares says. “But I’m grateful to be given this opportunity.” 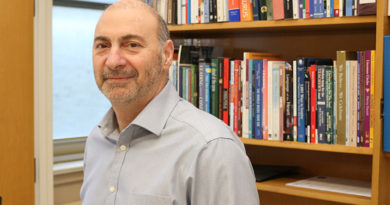 Media-savvy teachers must be careful online