When book artist Akemi Nishidera moved into her Broadview Avenue studio five years ago, she didn’t plan to open a retail storefront.

“This was my place to work and I had a window, so I thought I might as well put something nice in it, rather than put paper over the whole window,” she says. “But because of that, people kept knocking on the door.”

Although she still uses the space for printmaking and book art, after a year of continual interruptions, Nishidera opened Kozo Studio Gallery to the public.

“For letterpress, 95 percent of my students are graphic designers,” she says. “Even though it was a standard practice over 200, 300 years, within a decade all that knowledge just got shut down and lost, and all the stuff that I use is vintage.”

Nishidera, who lived in Japan for three years to study papermaking after studying fine art printmaking in college, says Kozo is the name of the fibre from certain Japanese mulberry bushes used to make a thin, yet strong, paper.

In addition to old school printing presses, an etching press and three book presses, she also owns paper-making beaters, one of which was rented out for the movie The Time Traveler’s Wife.

Through her workshops and studio space, she hopes people learn a little bit about the history behind layout and computer terminology.

For example, she never realized before that to make school yearbooks, each student’s picture used to have to be etched on a little metal block, Nishidera tells customers.

“I try to tell them a little bit about what it is that they’re buying, what it would have been used for, its history. I hope they learn something and they find it a nice space.” 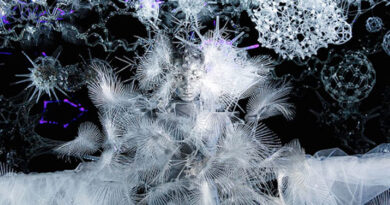