Gamerama is looking to level up when it moves into new digs at the beginning of May.

The video game retail and repair shop, after 21 years in the lower level of 2370 Yonge St., is on the move after being told the property has been rezoned for a residential condominium.

With two years left on their lease, owner Alex Davis and manager Will Meulenbelt decided to get a head start on a new home.

“We don’t want to be stuck here and fight with these guys, who are corporate, for a place,” Meulenbelt said, adding EB Games was one floor above the store. “We might as well move somewhere close, because we don’t want to move out of the area.”

Two decades of being at Yonge and Broadway was the impetus for Gamerama to move only one block north, to 2470 Yonge St. at Erskine Avenue.

The mainstay repairs consoles, and on a mid-April day Davis, who lives in the Bathurst and Wilson area, was fixing a customer’s cell phone in the back where Meulenbelt sat on a stool talking about the upcoming changes.

Meulenbelt said he wants to establish a communal lounge for gamers in the basement, where they will pay a one-time entrance fee and play as much as they want. On the list of possible events were Magic: The Gathering and Street Fighter tournaments, along with board games.

“I love this kind of retail environment, and I’m allowed to be more personal with customers and talk to them about any kind of video game,” he said. “I like that sense of community here.”

A perfect example of that community feel is Jordan Kennington, an employee at Gamerama who first started coming to store when he was 6. Now in his early 20s, he’s working at the shop while attending film school.

Davis takes a moment away from the phone he was repairing to share a tongue-in-cheek description of what Gamerama does:

“We’re nerds out to help nerds, regardless of whether it’s fixing stuff or else,” he said, a Super Mario grin affixed to his spectacled face. 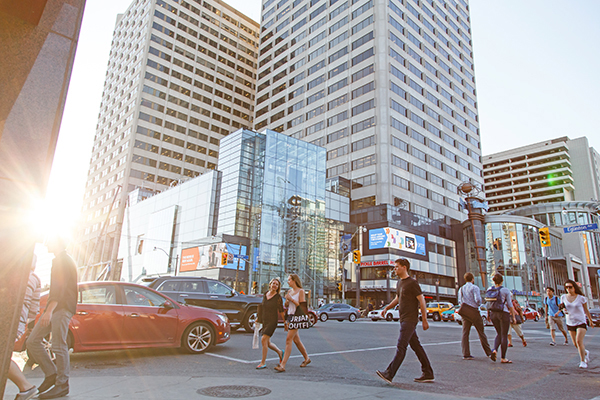 The right game is the right gift