The easiest way to describe what Joanne Nicolson does is to compare her to Stacy London and Clinton Kelly, the longstanding image consultants and stylists on the show What Not to Wear.

But instead of only going through someone’s wardrobe to assess what works and getting rid of the rest — and in the process teaching them how to dress for their body type — she also delves deeper into taking their image to the next level.

As her business card says, she helps clients better their first impression by offering services that focus on improving people’s presentation and public speaking skills.

Although she’s officially been running Channel You for the last two years, Nicolson says she’s been unofficially helping her family and friends for the past 20.

“The reason that I moved into it full time was because I wanted to have that one on one connection,” she says, adding people can come to her for one service or the full gamut.

“I’m able to have an impact all through the process and really see the transformation that happen in some individuals.”

After graduating from fashion merchandising at Ryerson University, Nicolson worked in advertising and says the way a company develops a brand is similar to the way people do.

“One thing that people should know and it’s not really easy to take, is that it’s about 70 to 30, how you look to what you say, sadly,” she says. “So 70 percent of the impact that an individual makes is appearance based.”

In addition to clothes, she says this includes factors like body language and eye contact. While she doesn’t necessarily recommend picturing a crowd in their underwear, unless it helps, she does suggest stepping away from the podium because people tend to take negative impressions away from speakers who hide their bodies.

“I think it’s really helpful to remember that everyone feels nervous when they have to do a public address,” she says.

“The level of nervousness depends on the level of practice, if you practice more you’ll feel less nervous, no matter what.”

One of the biggest transformations she’s done to date was completely overhauling the way one of her clients dressed. She says he went from clothes that were out of date and way too big to wearing modern pieces that were a better fit and in a more suitable colour palette.

She says this makeover really showed the power that clothes have because, unlike women, men can’t really change their hair and makeup.

“He looked like a new person. He really, really did,” she says.

“He got the job he wanted and it takes a long time for executives to find roles of that caliber and so on, but I like to think that what we did together had some affect on it because he really did look just smashing afterwards.”

Midtown’s must have fashions for 2011

Local shop well-suited to the area 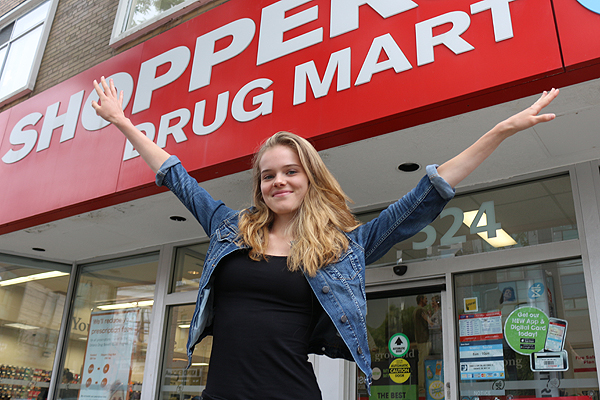 North Toronto teen set to strut her stuff on the catwalks