Do an internet search on Michèle Duquet and you’ll find she’s a successful Canadian actress who’s appeared in feature films, TV movies and TV series over the past 25 years.

But in spite of a busy acting schedule, the longtime Coxwell and Gerrard area resident manages to split her time between her vocation and her growing micro business, Michèle’s Organics.

Duquet had been suffering from a debilitating sinus condition that made her so ill she could barely function when it was really bad. After getting violently ill while refinishing her floors with an oil-based product, she says she realized there was something in the stain that had been affecting her. That something, she says, was petrol chemicals.

After doing some research, Duquet says she found her skincare was full of the stuff. So she decided to make her own face creams with essential oils.

When friends started asking to buy her creams, Duquet took a course at the Institute of Aromatherapy in the Beach. Some essential oils are quite dangerous, she says, so she felt she had a responsibility to learn more about them.

She took her time completing the year-long course and graduated an Aromatologist — basically an expert in essential oils.

“The organic chemistry component of the course was mind-boggling,” she says.

Over three years later and Duquet is selling her products across North America via the e-store on her website, www.michelesorganics.com, which she launched a year ago.

“I attract a very well-educated green customer base,” she says.

“They already know all the toxic ingredients.”

Duquet uses natural ingredients and essential oils from suppliers around the world whose products are certified organic — though she can’t put certified organic on her bottles as she has not gone through the lengthy and costly process of certifying each and every product, she says.

A new market Duquet is trying out is retail in her neighbourhood. She sells to Furballs Pet Stuff on Gerrard Street East and is currently in talks with some chemical-free spas.

“I’m very picky as to where I want my products to sell.”

As for her sinus issues, they’re completely gone — as are all the chemical cleaners and products in her home.

“One day I lived a chemical life and the next day I was chemical-free.” 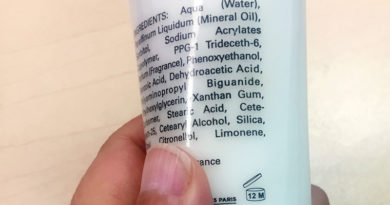 Expired makeup? Watch out for bacteria

Off-leash areas to be in by summer's end