Can you be coached into finding Mr. or Mrs. Right?

Born in India, Gharat lived in Dubai, the Middle East and the United States before he came to Canada. It’s that perspective, perhaps — but also his ethnic background, he says — that propelled him into date counselling.

“Being Portuguese and Indian as well … we are more bold when approaching the opposite sex,” Gharat says.

He says Torontonians are too shy.

He can go and talk to a girl at a bus stop, he says — a strategy that proved successful when he met a girl at the Yonge and Bloor subway station. Their relationship lasted seven years.

“Not a lot of people do that here in Toronto,” he says.

“We have that fear of rejection.”

The loss of his girlfriend of seven years (she passed away), was part of the reason he started the business, he says. A loss of that calibre gives us insight into ourselves, he says, especially when in a long-term relationship.

For that reason Gharat says he’s focusing on people who are coming back into the dating scene after a long absence, whether that be after the end of a long-term relationship, or after a life change like emigrating from another country.

Single at the moment, he often goes to singles events in the city to do market research and says he finds people often don’t make the effort, even at these events.

His goal when coaching, he says, is to help others be more self-confident so they can get a date.

Nor is he a therapist, he says — though he has taken courses in psychology to aid him in his coaching endeavour.

Gharat had been coaching friends informally for about five years before he was laid off from his business development job in the IT sector two days before Christmas in 2009.

And though he took an entrepreneurial course through Employment Insurance and recently launched a sales and consulting business as a result of that training, Gharat ended up launching his coaching business in November 2010. He says he found coaching more fulfilling than marketing.

Plus, people whom he had coached were telling him he should go into business.

“I was getting all these phone calls and emails.”

At the moment Gharat is marketing his business from his home office and has recently started an addiction counselling program at McMaster.

He’ll also do relationship coaching after the first date.

Date coaching isn’t a one-shot deal, he says, as he’ll often recommend a package of sessions.

“A lot of people think, ‘I’m going to call David up and get the answer,’” he says.

“It doesn’t work that way.”

From the dancefloor to dating 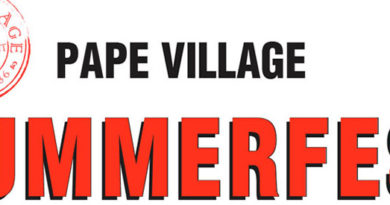