The shift from local rep to leader of the province has admittedly had its challenges, but for Premier Kathleen Wynne, who is just wrapping up her first year in the position, the hardest part has been trying to maintain her local roots.

“That is one of the things that has been most difficult, because I was very rooted in my constituency,” she told the Town Crier in an exclusive interview Jan. 19, moments before her annual New Year’s levee as MPP for Don Valley West.

About 200 well-wishers turned out on a blustery winter afternoon for the meet-and-greet at Spirale Banquet Centre on Don Mills Road.

Wynne said she’s made it a priority with staff at both her constituency office and at Queens Park to carve out time well in advance to continue doing local events.

The New Year’s levee, her Halloween Boo Bash for kids and a Canada Day celebration all were advertised as local, because “these are local, MPP events,” she says, pointing out that she purposely avoids using her position as premier to increase face time with her local constituents, just as she did when she held the education and the municipal affairs portfolios in cabinet.

“(As a minister) I had been around the riding many, many times personally,” she said. “I went to as many events as I could … I was able to go to events in the evening and be very much a part of the community, and that is just more difficult now.”

It’s not just the loss of that face time with constituents that’s been a challenge, she said, but also the increase in difficulty in bringing forward local issues at the provincial level.

“I have to be very careful of that and I actually can’t promote issues that are strictly local,” she said, adding that while her staff works with various ministries to ensure there isn’t a conflict of interest, she hasn’t shied away from supporting local initiatives.

“For example, the Valley Park Middle School is getting a cricket field and I’ve been very supportive of that.”

Schools are still front of mind for the former trustee and education minister.

“One of the things that I’ve carved out for attendance are graduations and winter concerts,” Wynne said. “I try to connect with these through the schools because that’s a place where many people gather, so if there are issues I hear about them when I go there.”

In trying to stay connected with her community, Wynne said, sometimes she uses the old-fashioned dial-up method.

“I do call people in the riding, just to say what’s up and touch base,” she said. “I’ve had to make those very explicit plans to stay in touch with the riding, because it’s very important to me.”

Outside of the local issues, the toughest challenge has been time management, Wynne said.

“There are so many demands and it’s very hard for me to say no,” she said.

The premier added that she likes to be involved all around the province, which makes balancing her life difficult.

“There aren’t enough hours in the week,” she said, then quipped: “I’m thinking about adding an eighth day.”

While Wynne isn’t new to making big transitions — she went from trustee of Eglinton-Lawrence to MPP for Don Valley West in 2003 — the transition to premier, which came via a party convention last January after former premier Dalton McGuinty stepped down, has been far more challenging.

“From trustee to MPP I had a concept of the issues,” she said, adding the shift of ridings was fairly inconsequential. “I had worked for a year in (Don Valley West) before I became a candidate, so I knocked on every door in Don Valley West in 2002 and 2003 — 40,000 doors.

“It’s a lot, but it really gave me a sense of the area,” she allowed. “I’ve walked down every street in this riding and I wish I could do that again.” 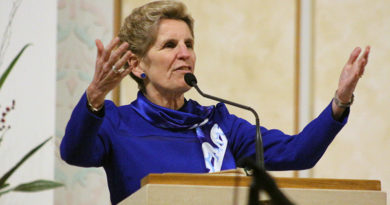