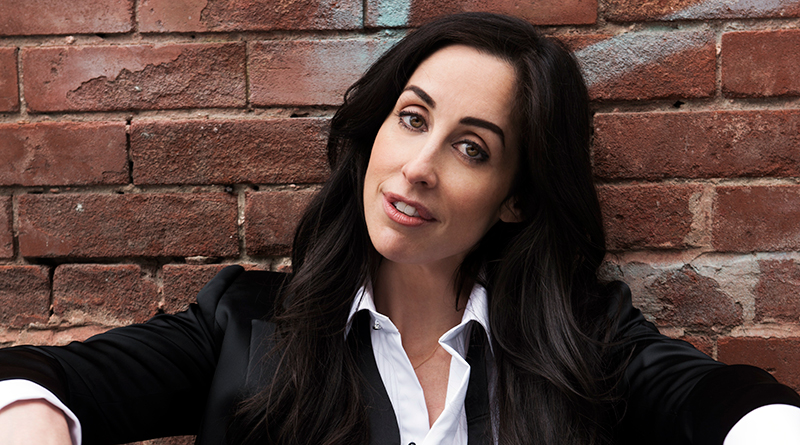 Under the blue and red glow from the CBC studio lights, writer-producer-actor Catherine Reitman shares the colourful life of a mom who wants to have it all: career and family.

There’s a sense of delight, evident in the Lawrence Park resident’s smile.

“One of the biggest rewards of this season is I’ve gotten all of this feedback. I get stopped on the street by women and men,” she says. “But I think what moves me the most is the women who don’t have children, who say I connect with that identity crisis.”

For Reitman, it doesn’t matter if a mother stays home or decides to return to work. What matters is depicting the internal struggles. That’s what her character, Kate Foster, faces in Season 2.

At the end of season one, Kate is faced with the decision to return home from a business trip to Montreal. Her boss there, Victoria Stromonger (Rosedale’s Wendy Crewson), issues an ultimatum that ultimately leads to Kate choosing family over career.

In Season 2, she’s not content with being suspended from work, so she goes to her Toronto boss, Richard Greenwood (Peter Keleghan) asking to return to work. The result is 16 hours a week and a further itch to scratch.

“Now that she’s taken the bump at work, now that she has seen what is required to smash that glass ceiling, will it actually satiate her, to feel herself outside of being a mother?” she posits.

When it comes to midtown’s representation, it was a goal to show off the neighbourhoods of Toronto. Ergo trips to Cabbagetown, the Beaches and midtown’s own, Rosedale, where the Fosters reside.

“It’s a good match for Kate. They’ve got a dual-income household. They probably got a little help from their parents. We wanted to showcase different levels of income, and Kate is on the higher end,” Reitman says. “When you walk around there, there are a lot of families, a lot of grounded professionals.”

Much like her character, Reitman feels at home in Toronto. Though she was born in Los Angeles, her family is all here. Her father, Ivan, of Ghostbusters fame, went to school at Oakwood Collegiate. All her aunts and uncles are here. As were her grandparents.

Lawrence Park was a natural fit, so Reitman and her husband Philip Sternberg sold their home in L.A. and moved north with their two sons Jackson, four, and Liam, 18-months.

“I was just in Los Angeles this week for the show Blackish and when I come back here I always forget that there’s a family-friendly … there’s something peaceful here,” she says. “It’s so easy to click and transition into living here because it’s such an incredible community.”