A new proposal from the Midtown Planning Group that looks at redesigning Eglinton Park has some local sports clubs crying foul.

The group tasked with creating a master plan for parks, open space and streets in the Yonge and Eglinton area suggested in a November document numerous changes to Eglinton Park in order to support a wider range of activities and sports.

The proposed changes, which include the removal of one of the baseball diamonds, and the suggestion to look at relocating North Toronto Memorial Arena, were listed in a document called Midtown in Focus, which was presented by city staff at a November meeting of the Midtown Planning Group.

Representatives from the North Toronto Hockey Association and North Toronto Soccer say they are frustrated by the potential changes, and upset that they weren’t consulted about them. The soccer group says it learned about the proposal only this month.

Even Councillor Karen Stintz, whose ward the park is in and who is a founding member of the Midtown Planning Group, expressed surprise about the proposal to relocate the arena when contacted by the Town Crier in mid-January.

“The North Toronto Memorial Arena? No,” she said in a phone interview. “That is outrageous. There must be some mistake.”

After consulting a staff member, Stintz said it appears a discussion about the feasibility of relocating the arena did take place, but that there was never a formal proposal.

“There is absolutely no reason we would spend that money moving an arena that’s functioning where it is,” she said, adding that staff is currently reviewing the hockey association’s covered ice pad proposal to give the outdoor rink year-round usage. “(The relocation) is certainly not something that I would ever support.

“I’m grateful we’re having this discussion because now I can just put this to bed.”

It would impact some 1,300 users who play house league hockey games at the arena, he said.

The proposal to relocate the rink came as a shock when he found out about it in November, he said, especially considering the NTHA made a proposal to the city about a month beforehand to fund a covered space over the back pad that he says would be “self-sufficient” and would come at “zero cost to the city.”

“The fact the proposal to cover the outdoor rink was submitted in the fall and there was no discussion at that point of any suggestion that they would move the arena, indeed we were more than shocked,” he said.

The North Toronto Soccer club is concerned about the rest of the proposal, which involves replacing one of the baseball diamonds with an “active recreation lawn,” which could be used for bocce, ping pong and chess.

General manager Doug Blair, who was informed of the proposal by a city staffer on Jan. 9, says he is worried the club might lose as many as six of the 10 mini fields for kids’ soccer.

While Blair said he acknowledges the positive aspects of what the group is trying to achieve, such as making the park more inclusive and offering a wider variety of activities, he believes there has been an oversight on the part of the city.

“Why is the plan still on the table when it’s contrary to city policy to reduce programming for children?” he wondered.

The answer, Stintz says, is that sort of thing won’t be on the table.

“Planning staff are looking at how we make sure the park is meeting the needs of the residents and the community at large,” she said. “It is a very highly used recreational park and (Midtown Planning Group’s) view was how can we invest in that park to make sure that everybody feels that they have a place to be in that space?

“But in enhancing the space for others, we can’t take away the space that’s there for the activities that are currently permitted for that use.”

The next meeting for the Midtown Planning Group is on Jan. 21, while the next public consultation is scheduled for Feb. 4.

In the meantime, Ward 22 councillor Josh Matlow, a co-founder of the group, says he wants to see both the North Toronto Hockey Association and North Toronto Soccer “at the table.”

“I will personally invite them,” he said. “I don’t want anything to happen that they’re not going to be comfortable with.

“They’re part of what makes the park work.” 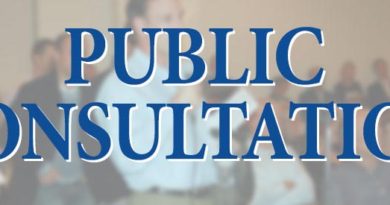