Usually if a guitar player quits on stage, it’s a bad sign for the band. But for Chasing Charlie, it won them a battle of the bands style competition.

The group of Toronto teens — three of whom are high school students in Forest Hill — had set out to compete in a multistage contest to win a trip to England to compete against bands from all over the world. After winning their first battle in January, they were lined up to play the Toronto finals on June 25 — and that’s when seeming disaster struck.

“He ditched us a week before our concert,” said drummer Michael Carnevale of their former guitarist. “And (Franco Recchia) was kind enough to jump in.”

Aside from getting all the songs down pat in just one week, Recchia, a drama major at University of Toronto, appropriately added a bit of flair to the performance itself for the Toronto championship, held downtown.

“We created this character named Charlie and it was for the one at the Sound Academy, where we lost our guitarist on stage and we picked Charlie from the crowd and he played with us,” said Recchia aka Charlie. “Charlie is like this fictional character where he’s a super geek and nerd, but he can play like no other, and it really caught on.”

Though they admit there were other bands competing who they thought were more talented musically, they still won the Toronto championship, and believe it had something to do with the onstage act.

Describing themselves as playing a sort of pop-punk-rock style, they also said their music is ever evolving and not bound by genres.

Likewise, singer and guitar player Anthony Virdo explains how the same goes for the band name, thanks to how ubiquitous the name is.

“Charlie is symbolic of any kind of dream you have, so for us a dream would be making it in the music industry, so we’re chasing Charlie in that way,” he said. “Chasing Charlie can go for whatever you’re trying to accomplish.”

Though they all said one of their biggest influences is Green Day, one of the first and most successful pop punk bands, three of them — Carnevale, Recchia and bassist Christian Girolimetti — also have another major influence.

“(Virdo) is the mastermind behind all the songs,” Recchia said. “He’s the foundation.”

Aside from writing all lyrics and music for the band — which Recchia said is almost at the pace of a new song every day — Virdo was also the one who came up with the name Chasing Charlie. Speaking humbly, and smiling shyly as the other band members point to him as the leader, Virdo gave his background in music and where his influence came from.

“Music has always been an escape for me,” said Virdo, who once had a private lesson with Guess Who guitarist Randy Bachman. “It’s just always been a good way to get away from everything else and I see it as a good route to take (in life).”

After being crowned winners of Toronto, Chasing Charlie went up against bands from over a dozen other cities across Canada. Listeners and viewers could vote online for the band they wanted to send to England to represent Canada. Though they didn’t win, they said it was still a great experience.

“We planned on winning until (the guitar player) quit,” Carnevale joked, before adding they’re happy with the result given how new Chasing Charlie is. “We’ve only been playing together for nine months.” 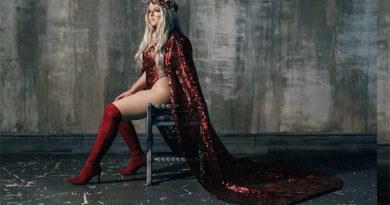