The staff and volunteers behind a North Toronto church are throwing a weekend-long party for their beloved community hub’s 100th birthday — and you’re invited.

Starting on Oct. 23, Fairlawn Avenue United Church’s 100th Birthday Weekend will include a Celtic pub on Friday night, musical performances on Oct. 24, and the premiere of a celebratory anthem written by its world-reknowned music director on Oct. 25.

It’s a fitting centennial for a congregation that held its first services in a hotel bar, says Gary Schlee, chair of the Fairlawn100 planning committee and a retired corporate communicator who serves as the church’s unofficial historian.

“One hundred years ago this was a newly emerging suburb — the fringes of Toronto,” Schlee says of the church’s Yonge Street and Fairlawn Avenue neighbourhood. “And there was a group in this growing community who felt there were enough people here to create a church.”

“Prohibition was starting at the time, so I’m sure the hotel was thankful to have somebody renting the facility,” Schlee says. “I think a couple of founding members took great glee in disassembling the bar and building a pulpit out of it.”

In 1920, the year national prohibition was repealed, the Bedford Park congregation was told they could no longer rent the tap room, and so they purchased the church’s current land and built a new wooden home, affectionately known as the “little white church,” on the land now covered by Fairlawn Avenue United’s parking lot, Schlee says.

In 1924 the congregation built the current stone chapel that, with the 1925 creation of the United Church of Canada, was renamed Fairlawn United Church.

Other congregations have joined since then, Schlee says, notably Armour Heights United in 1989, after which the church temporarily became Fairlawn Heights United, and St. James-Bond United in 2005, after which it was renamed the present Fairlawn Avenue United (the “Avenue” referring to St. James-Bond’s former Avenue Road location). Additions have also been made to the original building in 1952 and 1996.

Reverend Christopher White arrived at Fairlawn Avenue United in 2010, after more than 20 years with the ministry, and calls it an “absolute gift” to be there.

Yet despite the challenges of adapting to an increasingly secular culture, White believes the staff and congregation of Fairlawn Avenue United have taken the right steps to maintain its vital presence in the community and will continue doing so “hopefully for the next 100 years.”

From the beginning the church has included a strong social justice component, White says, illustrated by ventures such as the Fairlawn Neighbourhood Centre, an independent charitable arm that runs courses and support programs for neighbourhood residents.

On the affordable housing front, the church donated $1.50 million from the sale of St. James-Bond United Church to fund an 87-unit apartment building in Regent Park for the homeless.

The congregation is also sponsoring a Syrian refugee family, with their new home, clothing and paperwork all ready to go. That it could still take a year for the family to arrive has made White a popular source for discussions about the refugee crisis in the media.

White has joined in the 100th anniversary celebrations too, such as when he adopted the persona of his great-grandfather, a methodist minister, during a 1915 service — complete with period dress – that the church held on its official birthday in March.

“I had fun being more judgmental,” he says with a laugh. “I got to wag my finger, especially around the use of alcohol.”

When the Fairlawn Avenue United congregation visits the church for its 100th Birthday Weekend, Schlee and White hope they’ll be joined by former and current congregants and residents from across North Toronto, which have included such luminaries as business author Gordon Pitts and Ontario premier Kathleen Wynne.

Among the performers on Oct 24 will be playwright and storyteller Dan Needles and CBC2 broadcaster and musician Tom Allen.

Those who attend Sunday services on Oct. 25 will be treated to the premiere of a celebratory composition by the church’s famed music director. Eleanor Daley, whose work is performed around the world, incorporates choir, organ, brass, and tympani, with an opportunity for the congregation to join in at the end.

“Fairlawn is a community that’s showing enormous resilience and faith in the future,” White says. “That’s why I came here, and it has absolutely proven it every day.”

Fairlawn is ‘like a family’ for church’s music director 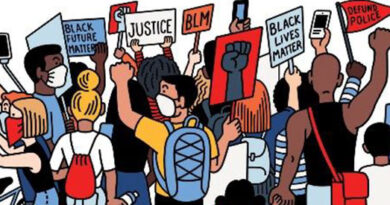 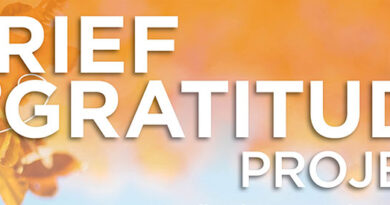