While Ward 16 councillor Karen Stintz wants city council to designate Postal Station K as a heritage property, there’s nothing she or the city can do to make it happen at the moment.

Because the Canada Post building at Yonge Street and Montgomery Avenue isn’t privately owned, it can be only listed in the city’s heritage database but not designated, which would provide more protection to the site.

“We can’t designate it as long as it’s in federal ownership,” Stintz said. “So we need to wait until the building is sold.”

The postal station was built in 1936 and is the only building in Canada, and one of the few in the world, to carry the insignia of King Edward VIII.

“Our interest is in protecting the heritage building and making sure that if it’s repurposed, that it fits within the character of the neighbourhood,” Stintz said.

The site is also notable for once being home to Montgomery’s Tavern, which was used as headquarters for William Lyon Mackenzie and the rebels during the uprising of 1837.

Area residents, such as George Butterwick, have been up in arms ever since they heard Canada Post is looking at selling the building.
Butterwick has been at two rallies held by Eglinton-Lawrence MPP Mike Colle, and has so far collected more than 3,000 signatures to save Postal Station K.

“The people are really concerned and have really got into it,” Butterwick said. “It’s become somewhat of an icon on Yonge Street.”

At a July rally, Colle said he would not be opposed to the building being sold if the historical elements, such as the royal cipher of King Edward VIII, were retained.

“I don’t care what they do behind the sorting station, but we need to keep most of this building, including the front and the interior and this public open space here,” Colle said.

Stintz said she values the building not only for its historical aspects, but also for how it helps define the Yonge Street and Eglinton Avenue area.

“It’s nice that it’s setback so there is a sense of space,” she said. “And the building across the street is also designated, so the two buildings combined create a nice streetscape for Yonge Street.

“It’s a nice transition from the newer high-rise development at the corner of Yonge and Eglinton into the stable residential neighbourhood,” she added.

Colle has speculated that since it’s such a large and expensive property, the only buyers interested would be condo developers.

“We don’t want to lose this … if a condo goes here, all that will be left is the plaque on the side of the condo,” he said.

City council will consider expressing a commitment to designate Postal Station K at its Oct. 2 meeting. 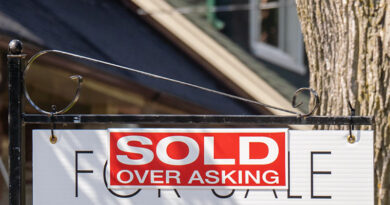