The city’s intention to designate Loretto Abbey as a heritage property could complicate the Toronto Catholic District School Board’s future plans for the site.

The Loretto Sisters originally established a private school in downtown Toronto in 1847 but the school’s current location, at 101 Mason Blvd. has been at its home since 1927.

The school board bought the building from the Sisters of Loretto last year and currently uses approximately half the building for an all girls secondary school.

The agreement with the sisters is they will vacate the building by 2015 and the board will take over and convert the rest of the building into teaching space.

But an intention to designate the 84-year-old property by the City of Toronto under the Ontario Heritage Act means any modifications to the building could be costly, or even prohibited.

“It depends on the designation process, but obviously heritage buildings are more expensive to maintain and renovate, so there’s a financial impact,” noted the board’s associate director of planning and facilities, Angelo Sangiorgio.

“It could result in additional costs,” he added.

Since the property is currently listed as under intention to designate, it is still unclear what elements or features will be listed as having special heritage value.

The school board is interested in functional modifications on the interior so it can serve as teaching space, so there’s a chance renovations will not cost the school board extra if the heritage elements are determined to be only in the building’s exterior.

“All modifications are going to be interior,” Sangiorgio said. “We’re not going to change the outside of the building in any event.”

That’s good news to York Mills Heights Residents’ Association president Andy Stephenson, who worked with Ward 16 councillor Karen Stintz to get the property designated last year, which had already been on the city’s heritage inventory list but had not been officially designated.

He said getting the building designated was a sort of safeguard in case the school board ever sells it in the future.

To Stephenson, Loretto Abbey is an invaluable part of the community.

“As a resident’s association, we’re fully aware that this is sort of an iconic building in our neighbourhood,” he said. “It’s very rare that you have a huge building like this on a residential street.”

Loretto Abbey is historically associated with the Institute of the Blessed Virgin Mary, also known as the Loretto Sisters. They arrived in 1847 and were the first English-speaking nuns in Canada, according to a public notice listed on the City of Toronto’s website.

The same notice refers to Loretto Abbey as “a rare example in Toronto of Neo-Gothic architecture” and recognizes it for its landmark tower, stone cladding and detailing, and pointed-arched entrances.

“When our neighbourhood was developed, it was the first building to be built,” Stephenson said. “So in terms of a historical value, it’s incredible.”

Sangiorgio agreed, saying while the heritage designation may present some financial and logistical challenges for the school board, it was ultimately a positive development.

“It’s a good thing … From a historical perspective, absolutely,” he said. “We don’t build buildings like that anymore.” 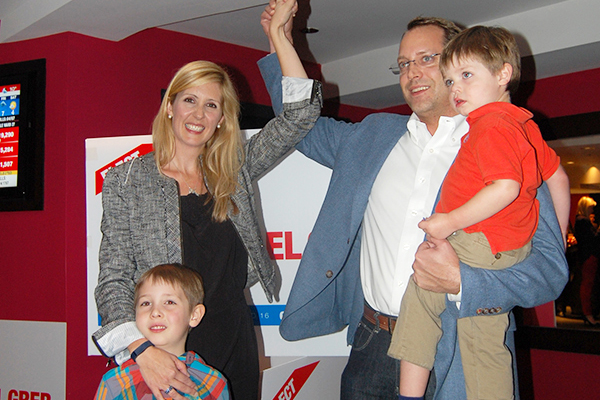