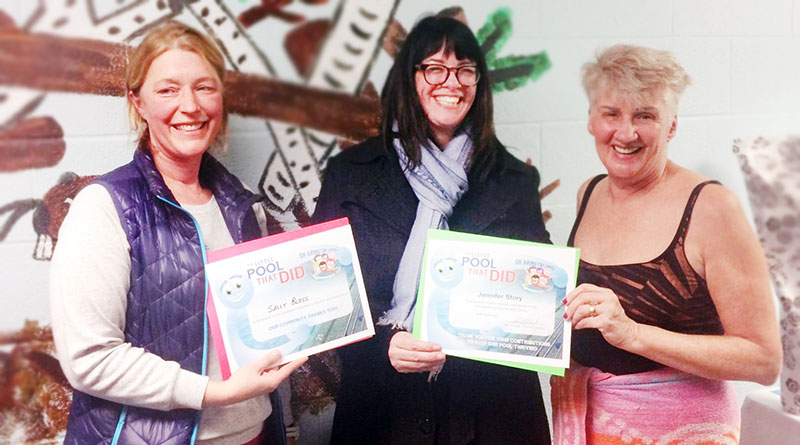 The Leslieville community celebrated saving the S.H. Armstrong pool with a pool party on Feb. 24.

Parents, children, sponsors and Ward 30 councillor Paula Fletcher celebrated the community’s hard work at the “We Saved Our Pool” party at the pool itself.

The S.H. Armstrong pool, located in the Duke of Connaught Public School on Woodfield Road, had risked closure in the city’s budget process in January 2017.

At the celebration, the working group that had spearheaded the campaign to save the pool, thanked the Daniels Corporation and Sierra Group for their financial contributions to keep programs afloat at S.H. Armstrong.

With their support, “more than 500 kids in the community were able to return to swim classes this past fall,” said working group co-chair Sara Ehrhardt.

The Leslieville pool was one of 10 pools run by the Toronto District School Board, whose programs were to be cut, as part of a plan to save the city $2 million.

“I want these kind of programs to be available for everyone in the community, not just for the middle-class and above,” said Sally Bliss, mom of two and a high school health teacher.

Last year, 17-year-old gold medallist swimmer Penny Oleksiak voiced her support on Twitter for the east-end Toronto pool that taught her how to swim.

The working group, in collaboration with Fletcher, worked tirelessly with numerous phone calls, letters and a petition to save the local pool.

“What we have here is affordable access to life-saving skills and in this city, which is very close to the lake,” said Angie Law, member of the working group. “Knowing how to swim is not a privilege, it’s a right,”

Cager’s love of the game came from aunt