The vacant site of one of Toronto’s largest fires will soon see new life in the form of a 12-storey condo building.

The city’s senior planner for the area, Leontine Major, confirmed the developer has received all zoning approvals for the lands known as 2055 and 2057 Danforth Ave.

“We’re just finishing some minor details for their site plan approval application,” Major said. “They should be starting construction within the month or next two months.”

The site has been empty ever since a 2001 Christmas morning fire, which killed one person and took more than 140 firefighters and 40 vehicles to bring under control. Dozens of families had to evacuate their homes.

In 2011, the building’s owner, John Magno, was convicted of manslaughter and arson and sentenced to 12 years in prison. The Crown determined he torched the building as part of an insurance fraud scheme.

The site is currently owned and being developed by JFC Properties Inc., which is owned by Magno’s brothers, Frank and Carlo Magno.

Despite the building’s troubled past, Danforth East Community Association member Natasha Granatstein said she’s looking forward to seeing new life on what she calls the “big hole” of Danforth Avenue.

“There’s no one in our neighbourhood, I would say, who wants to continue to have a big gaping hole on our strip on the Danforth,” she said. “It’s a blight, it’s a blemish on the block.”

The building will have 148 residential units, 138 parking spaces and retail use on the ground floor. Overall, total gross floor area is more than 10,000 square metres.

The city’s official plan calls for nine storeys along the avenue but, due to the tower’s proximity to Woodbine subway station, the applicant successfully argued in favour of three additional storeys.

Granatstein said she was pleased the developer provided a design without all 12 storeys fronting onto the street.

“We certainly appreciate that the developers have hired an architect that has provided a bit of a more sophisticated design with the setback,” she said.

But not everyone in the area is happy to see development at 2055 and 2057 Danforth Ave.

“I just don’t like it,” said Moberly Avenue resident Richard Bishop, who has lived on the avenue for about 50 years. “It’s just so out of place in the community.”

Timothy Lariviere isn’t thrilled with the fact Magno’s brothers are redeveloping the site.

Lariviere would not comment on the building’s past because he is currently involved in a lawsuit with the owners, but did say he fears the building’s height would set a precedent along Danforth Avenue.

“It’s really basically saying that this developer got 12 storeys, so the next one will be 15 and then 20,” he said. “It’s not the building itself.”

But Granatstein contends anything is better than the vacant space occupying the site as it is. And she hopes the new building will help residents forget the site’s past and embrace its future as a mixed-use condominium.

“What’s there now is not helping anyone.” 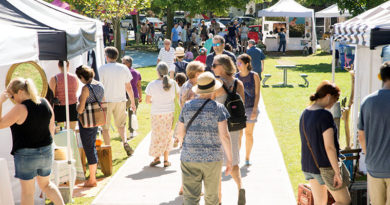 Development to go ahead

Near-vacant building may be developed