Police say not enough witnesses are coming forward to help track down two suspects believed to be connected to a murder that occurred at a music event near Don Mills and Sheppard.

Police say that on the Friday night, the bar hosted a Battle of the Bands event that was scheduled to run late into the next morning.

Just before 3 a.m. on Nov. 21, there was a small altercation and a male suspect fired a gun inside the bar, killing Gomez and harming two others at the time, police say. After the shots were fired, the suspect fled the scene with another male and ran southbound through the plaza.

Police describe the first suspect as male with a brown complexion, about 5-foot-5, 120-130 lbs., early 30s, wearing a black hoodie, pants, blue baseball cap with ear flaps. He was armed with a handgun.

The second suspect is described by police as male with a light-brown complexion, about 6-foot-1, 260-280 lbs., late 30s, wearing a grey zippered sweatshirt with a hood, white shirt with an unknown logo and dark jeans.

Police say many of the bar’s patrons were involved in the altercation, but only a couple of witnesses have stepped forward to provide the police with details.

Toronto’s homicide division has released a neighbourhood call for the residents to lend a hand with the case by providing information about any recent suspicious activity.

“Anyone who was there at the McDonald’s nearby or in the plaza to give us a call and let us know anything they witnessed,” said Homicide Detective Graham Gibson. “We are not sure if it is connected to any other crimes or anything else. We don’t have a clear picture on the incident.”

Police are also not sure if the suspects are local to the area, since they attended a crowded function with people from across the city.
However, police have set up surveillance teams to patrol the neighbourhood and talk to local residents.

Constable Tony Vella said officers with the Toronto Anti-Violence Intervention Strategy (TAVIS) are trying to garner information about the incident.

People often feel awkward and worried calling a hotline or the police about these types of cases, Vella said. But he added TAVIS officers are there to connect with the residents and build their trust.

“It’s an important initiative for us when murders or crimes like these occur.” 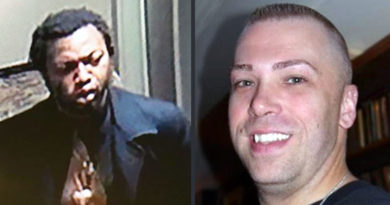