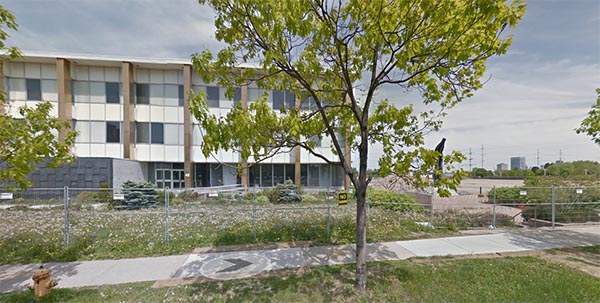 A Costco proposed for Thorncliffe Park that deeply divided residents in both the area and in neighbouring Leaside has been approved by the city.

Proponents of the 42 Overlea Blvd. proposal argued it would bring between 100 and 150 stable, well-paying jobs to one of the city’s most disadvantaged neighbourhoods, Ward 22 councillor Jon Burnside said.

Opponents, including Thorncliffe Park residents and Leaside Property Owners Association co-president Carol Burtin Fripp, argued it would increase traffic in the area by up to nearly 45 percent, particularly if the 18 gas pumps originally requested by Costco were included.

“It’s absolutely a difficult file, because there were strong opinions on both sides of the issue,” said Burnside, who during negotiations with Costco succeeded in deferring the gas pumps until a further study could be done.

The chief obstacle for opponents of the proposal was a September report from city planning staff that recommended approving the application, including gas pumps. It noted a traffic study by the city’s transportation department had estimated Costco would generate about 917 two-way trips during weekday peak hours and concluded the impact on nearby traffic would be acceptable.

“The problem — and I probably had about 15 or 20 meetings about this — is that transportation won’t say no unless there’s total road failure, which basically means a two-hour traffic jam,” Burnside said. “It’s a ridiculous threshold … and I’m working to hopefully change that.”

The LPOA’s traffic consultant concluded that building Costco would increase traffic in the area by four percent at first but it would gradually increase over time.

“It’s not as if on day one there will be 1,000 shoppers,” Fripp said. “There’s going to be 1,000 shoppers two years later … and by the time the store is finished, the Eglinton LRT will have been finished, and there will be one fewer lane of traffic along Eglinton, so people are going to cut through North Leaside if they’re coming from the north and west, and south and central Leaside if they’re coming from west and south.”

Burnside said he was happy with the outcome given the circumstances, noting the positive staff report would have guaranteed the approval of the project, including the gas pumps, at the Ontario Municipal Board.

“I think everyone agreed the biggest concern was the gas bars,” he said. “So if they want to apply them in the future after the store is opened, we can do a new traffic study with actual numbers, not just projections.”

He called it “absolutely the best deal we could have hoped for.”

Fripp said her group was disappointed. “We’ll be watching with, shall we say, exquisite care as things progress, and we’ll try to be heavily involved in any kind of impact studies that will be made.”

A Costco representative told the Town Crier it’s the company’s policy not to comment on any real estate transactions until the company has purchased a property and all required approvals are in place.

Leaside ‘monster home’ to be demolished