Liberal Michael Coteau made sure his party held on to Don Valley East with a decisive victory in the Oct. 6 Ontario election.

The rookie MPP earned 16,342 votes en route to the win, almost doubling the total for Progressive Conservative Michael Lende, who came in second with 8,604. Bob Hilliard of the NDP placed third with 5,953 votes.

“It’s an honour, it’s a huge privilege, to be given this responsibility by the community,” said Coteau while on a trip to Mexico in late October.

Don Valley East had no incumbent following the retirement of Liberal David Caplan who had represented the riding since 1997.

Like Caplan, Coteau began his political career as a school board trustee and many of the new MPP’s priorities revolve around education.

“We still need to focus on ways to improve in our education system,” he said. “I think I have a certain element that I’d like to bring into the mix and that’s the digital technology in both adult education and K to 12 education.”

“We have to look at ways to have our schools in Don Valley East rebuilt,” he said. “It’s getting to a point now where the schools are about 40 years old, so there needs to be some modernization of the buildings in our community.”

According to Coteau, it’s new ideas such as these that allow new MPPs such as himself to make up for their lack of experience.

“There’s six new MPPs on the Liberal side so six new rookie MPPs that I think have the ability to bring some fresh new ideas that will complement the current government’s platform, which has received the support of Ontarians.”

The Liberal caucus may have six new MPPs but it lost 18 seats and its majority in the recent election, meaning the party will have to reach across the aisle in order to get legislation passed, something Coteau said he is open to doing.

“I’ve always been open to building relationships with people from many different perspectives and looking at different viewpoints,” he said. “I think, yes there are 53 members, but there’s been a very clear mandate from the residents of Ontario that this is a party they support.” 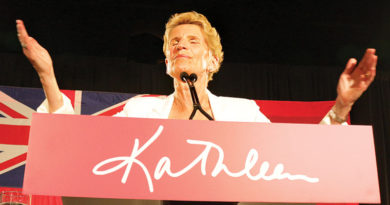