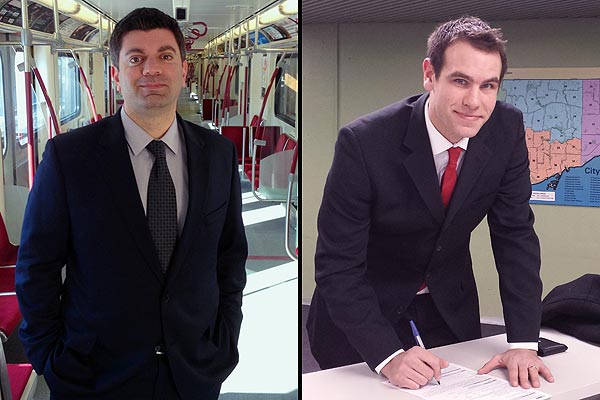 Despite a provincial election campaign crowding the news wires, a couple of local council candidates are using social media to make sure their names and the Oct. 27 municipal election date stay in public view.

Ward 16 candidates J.P. Boutros and Michael Coll had an exchange on Twitter one day in May that could foreshadow some of the sparks residents will see fly during the next five months of campaigning.

The exchange began with Boutros, who was senior assistant to current councillor and mayoral candidate Karen Stintz when she was TTC chair, citing a Town Crier article from four years ago when Coll first ran for the Eglinton-Lawrence council seat.

Coll, who works as a fire and safety officer, responded by saying he and his wife are “committed to starting our family in Ward 16,” which prompted Boutros to snap back, thanking the second-time candidate for “confirming” that he is committed to the ward “solely on the condition that you win.”

Coll responded by referencing the election date, saying “voters get the opportunity to vote for a new councillor and two new neighbours.” He then tweeted Boutros again, snarkily suggesting his opponent should be more positive.

“With respect, while you did whatever in Leslieville, I did more,” Boutros fired. “I apprenticed for the job.”