Another stop on the gravy train has been eliminated: Mayor Rob Ford and council voted to cut office budgets.

But what does this mean for your local councillor?

“I think different councillors have different needs,” said Stintz, councillor for Ward 16. “By and large, $30,000 is about the right number.”

Currently, councillors with a constituency office in old civic centres in Scarborough, North York, East York and Etobicoke are charged for that space. City staff will report back in the new year on whether that space can be rent-free.

Stintz avoids the cost of a constituency office by using a local community centre for free.

“I have in the past set up Friday morning availability for constituents to walk into the North Toronto Memorial Community Centre if they have any issues they want to discuss,” Stintz said.

She also books free space to host community meetings, but is responsible for the cost of printing and mailing notices to residents.

“It’s going to be tight if a councillor is one that believes in communicating with their ward,” said Matlow, rep for St. Paul’s Ward 22.

He may use volunteer high school students to deliver community notices to save on costs.

“Mayor Ford has suggested we may be able to put a (local) communication into the (city’s) Our Toronto newsletter that goes out annually,” Matlow said.

He’s no stranger to social networking such as Facebook and Twitter and said email can also be a cost-effective way to communicate.

“We should make better use of electronic communications and then perhaps send out paper flyers to those who we know are not signed up to electronic databases,” Matlow said.

It’s about setting a cost-cutting example.

One of the things Matlow will likely do without is a constituency office.

“I haven’t rushed to open a constituency office due to the fact I knew this conversation was going to take place at city hall,” Matlow said.

Matlow is considering using space at a local library to meet with people, but is waiting to read the spring staff report on pricing for renting city-owned properties for constituency offices.

Slashing councillors’ budgets will save $899,580 annually. 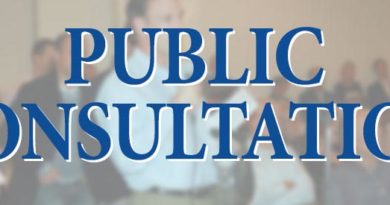