Shovels in the ground by summer, and a brand new ice rink by Sept. 2013.

That’s what Brooke Biscoe, chair of the Leaside Gardens’ board of management is forecasting now that council has approved a final loan to start work on the much-anticipated second rink pad in Leaside.

After years of fundraising by the community, council secured $9 million in loans to get the $12.5 million project off the ground. The item was part of the 2012 capital budget, which was approved without debate on Jan. 17.

“We have all the financing in place to start construction in the summer,” Biscoe said.

Under the approved plan the city will borrow $7.5 million for the rink, which will be paid back through a revenue stream of user fees. An additional $1.5 million loan is coming from Infrastructure Ontario.

The three groups expected to use the second rink — the Leaside Hockey Association, Toronto Leaside Girls Hockey Association and the Leaside Skating Club — have already agreed to rent the facility and pay the permit fees, local councillor John Parker said days before the budget was set to go before council.

“We needed to have those commitments in writing and signed before the city would agree to borrow a nickel,” he said.

Incidentally, Parker had another bit of good news to share on Budget Day: The chair of the East York Foundation, the body responsible for collecting fundraising cash on behalf of the arena, sent a letter informing him that all $2.5 million the community was expected to raise was in the bank.

“The local community has come through and today council came through, so now what remains is to put the finishing touches on the design, put it out to tender and solicit bids,” Parker said.

However, prior to the vote some councillors questioned the fairness of such a funding scheme, saying the potential higher-than-average permit rates, set by arena boards of management, mean other groups across the city waiting for prime-time ice won’t be able to make use of the rink.

Beaches-East York rep Janet Davis said the funding mechanism ultimately makes it inaccessible to other potential users of the arena.

“What worries me … is that the fees that are going to be required to recover capital costs to build this facility … will put this rink beyond the reach of most of the hockey associations in our area — except Leaside,” she said.

Parker defended the model, asserting another sheet of ice in the city would relieve pressure on other city-owned arenas where there is high demand for ice time. Not building a rink, he said, won’t curb ice-time demand across the city, and particularly in the midtown corridor.

“We can guarantee equal access if we don’t build the rink,” he said.

The second ice pad at the Leaside Gardens arena will be the first new rink the city has built in 39 years.

Parker also noted the proposed equalized, blended rate for the two ice pads, which will vary depending on prime-time and off-peak hours, is still below commercial rink rates.

Meanwhile, Biscoe says fundraising will be ongoing, to help reduce the debt and keep the hourly rates as competitive as possible. 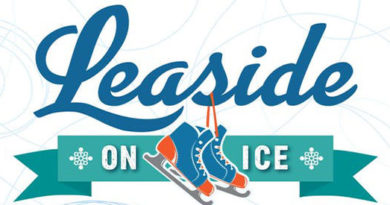