An Ontario judge has voided the federal election results for Etobicoke Centre due to voter irregularities, setting the stage for either a byelection or an appeal before the Supreme Court.

Former Liberal MP Borys Wrzesnewskyj, who lost to Conservative Ted Opitz by 26 votes, appealed the results claiming some individuals were allowed to vote on election day without proper identity verification.

Since this exceeds the number of votes Opitz won by, his victory has been declared null and void.

This is the first time a court has had to rule on a contested election using part 20 of the Canada Elections Act. It states that an elector or candidate may seek to invalidate an election in a riding if “there were irregularities, fraud, corrupt or illegal practices that affected the results of the election.”

In a 41-page report, Lederer points out numerous transgressions on behalf of Elections Canada.

For example, in one polling division, five voters who voted by registration certificate are crossed off the electors’ list in another division, which means they most likely voted twice.

In Division 31, where 86 people voted by registration certificate (without actual voter identification), Wrzesnewskyj’s lawyers allege that 68 of those voters actually lived outside of the polling area and should not have been allowed to vote there.

Lederer does not place the blame squarely at Elections Canada’s feet.

“So far as I can see, this election was conducted by responsible public officials and well-intentioned individuals who were motivated by nothing less than a desire to do the job properly,” the ruling reads. “This is not a circumstance where any individual is at fault.”

Opitz has eight days to appeal the ruling to the Supreme Court of Canada. If that fails, a byelection will be held within six months.

Elections Canada declined to comment on the results in case the decision is appealed. 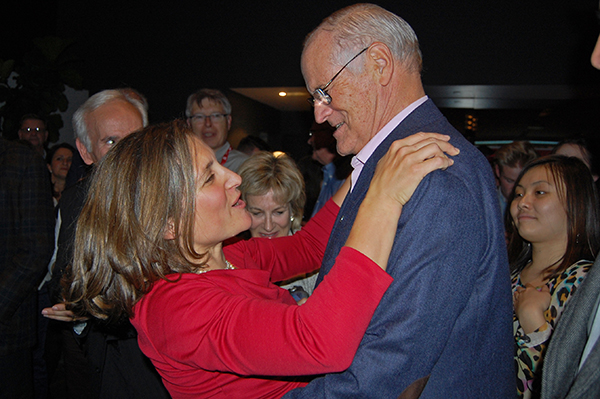