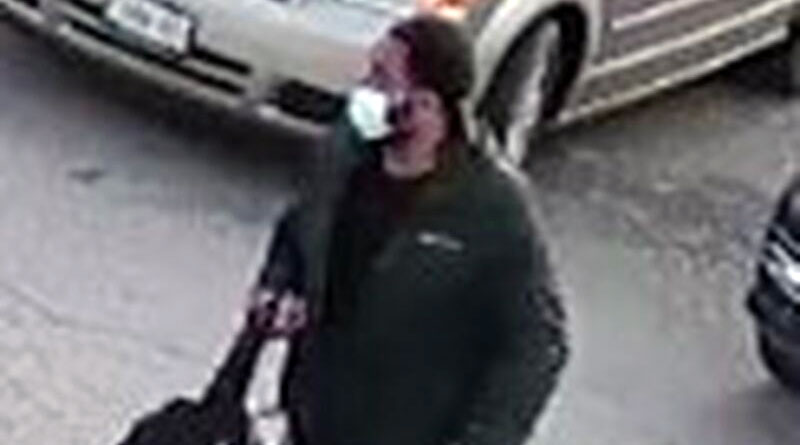 Police are seeking help to identify a masked man shown in security camera images after a pharmacy near Danforth and Coxwell avenues was robbed and a woman attacked.

The robber got away with items from the pharmacy, though he failed to get a purse from the woman who suffered minor injuries, police reported.

The incidents began on April 11 at about 6:45 p.m. when a man wearing a medical mask entered the pharmacy and stole a quantity of items from the pharmacy and assaulted the staff to escape, according to police.

Afterwards in the pharmacy parking lot, the man allegedly attacked the woman, attempting to rob her purse.

Investigators released several images of a man on April 13 and requested the public’s assistance identifying him.

The man is described as being 6-foot-1, having a large build, and weighing 250 pounds. He is thought to be 30 to 40, with a short black afro and a full black beard.

He was seen wearing a black hooded coat, black track pants with white stripes, grey shoes, and a black backpack. 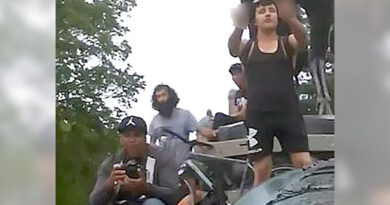 Woman wearing mask allegedly harassed in Queen’s Park in May 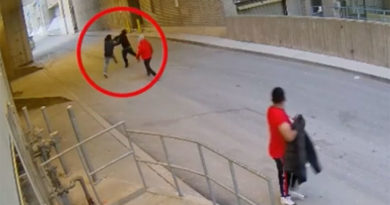