A 50-year-old man is facing two charges in connection with the death of 6-year-old Georgia Walsh, who was struck and killed by a van in Leaside earlier this month.

Police say the man, whose Toyota Sienna struck the girl in the intersection of Millwood Road and McRae Drive just after 4 p.m. on July 16, has been charged under the Highway Traffic Act with failing to stop at a red light and careless driving.

Police did not identify the man, but said he is scheduled to appear in court Sept. 8.

Georgia was the daughter of John Walsh, head of the Conservative Party of Canada, and his wife Jillian.

“The Toronto Police Service have informed us today that the investigation surrounding the death of our daughter Georgia Walsh will result in charges being laid,” the Walsh family said in a statement. “We thank them for their exhaustive investigation.”

The family thanked “the thousands of individuals” who have sent their thoughts and prayers, but said they would have no further comment on the matter and asked for privacy. 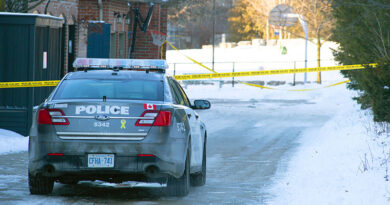