From pianos and guitars to violins and drum sets, musical instruments have gone electric — so why not steel pans?

Rosedale Junior Public School music teacher Salmon Cupid asked himself the same question while performing as a young steel pan player with his high school band in Trinidad. Cupid, whose love for music started as a child playing the six-string guitar and
tambourine in church, said music has always been a big part of his life.

“I’m from a big family, I’m the third of 10 kids and we all were playing music, so it has been imbedded in us from since growing up at the early age,” said Cupid, who has been teaching music for the Toronto school board for 16 years. “In each of the different towns and villages of Trinidad there’s a steel band, so I was exposed to it by always passing by and hearing it on the streets … those were the attributes that guided me in having an ear for music as well as a love and passion for it.”

He said the challenge of the steel pan was in how to properly mic it and it was during a dress rehearsal he noticed the sound was being drowned out by the other instruments in the band. He asked himself what could be done to perfect the steel pan sound to make it more in-tune with the rest of the band? That’s when he came up with the idea of the E-pan.

“In my high school we won a lot of competitions and toured a lot in countries such as France and Scotland, representing Trinidad,” said Cupid. “But, prior to that, I always observed the steel pan sound wasn’t clear and distinct and I was always wandering what I could do to fix that … at that point of time is when I continued to work on what I felt should be the solution, which was getting the pan electrified.”

Cupid invested the next decade and up to $ 1-million into his invention.

“When I was working on my prototype there were a lot of hurdles to cross … my lawyers had to show the differences of what I was inventing and what’s already been invented.”

The E-pan holds 120 different instrumental sounds such as the flute, organ, drums, violins and piano and retails for $3,000. Cupid explained the sense of joy he received at being able to finally unveil his E-pan at Toronto’s 2009 Caribana Festival.

“That was a real great feeling for me at that time because of all the challenges that I’ve faced reaching to that point … and having to go through all of that and then being able to show the people a finished version of the E-pan, it was very gratifying.”

Cupid, who had just unveiled a newer version of the E-pan at Trinidad’s 2010 Carnival dubbed, the double-second E-pan, said his invention was met with mixed reaction.

“As for the traditionalists, I didn’t expect for them to embrace my idea with a 100 percent in their hearts but the guys who play, for most of them, it’s their livelihood,” said Cupid. “Now, when they play they can sound like a trumpet, piano or violin and it adds to their arsenal for their performance.”

Cupid said the E-pan is ideal for his students who already play other instruments and especially for those who want to learn how to play music and are not exposed to instrumental music at home.

“(The kids) love it. They love that they can play the steel pan and the E-pan the exact same way. They don’t have to relearn a new instrument,” said Cupid. “But a majority of the kids are not exposed to no other musical instrument but the E-pan, so it’s cool to them to be exposed to a trumpet, violin or keyboard without ever having played the instrument before.” 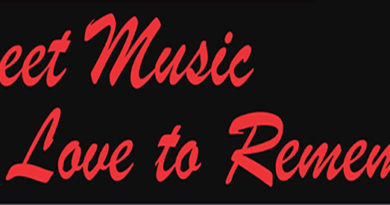 The arts are more than electives to midtown schools