It’s easy to groan about the short-sightedness of politicians like Rob Ford. If their choices always won, we’d never build anything together as a city or a province.

And it’s easy to visit other cities and envy how they have incorporated magnificent heritage buildings into a vibrant present.

So it is frustrating to see what is going on at the Hearn generating station on the waterfront, just east of Cherry Beach. For people unfamiliar with it, Hearn is Toronto’s largest heritage building and a tempting canvas on which to build upon as our waterfront rejuvenates — with or without Mayor Ford’s involvement.

But Hearn is to be demolished. And only Premier Dalton McGuinty can save it.

For about 20 years, there has been no power produced at the plant. Old industrial heritage, with its glorious brickwork and irreplaceable feel, are rare, though, which led to a long-term lease with a film studio based in Vaughan.

Indeed, many films have been made at the plant. Among the most recent was Red, starring Helen Mirren, Morgan Freeman and Bruce Willis. A similar building in London is home to that city’s Tate Gallery.

Other uses are possible, too. Some city councillors suggested the space be used for the stacked skating rinks proposed for the waterfront. Adapting the current space, which is large and equipped with the plumbing to do the job, would be cheaper than building something new. It would also be a great place for a game.

None of this matters to Studios of America, which leased the building from Ontario Power Generation years ago with the promise of building a spanking new film studio. The lease runs for another 13 years, but the Hearn likely does not have that long. Incredibly, the lease allows the studio to demolish it.

Provincial law also means the city cannot stop the studio’s plans. Only the provincial government can save one more piece of Toronto’s heritage from the wrecking ball — and McGuinty’s government is doing nothing.

In sitting and watching, the province is directly at odds with the overwhelming wishes of our community. Requests to the ministers of energy and culture have fallen on deaf ears, generating only sympathy, but not action.

Toronto has already lost too many pieces to our heritage jigsaw. Hearn is too valuable to join them, and is a unique opportunity to incorporate our industrial past into the waterfront’s future.

To add your voice to the many calling for the Hearn to be saved, contact the politicians below:

Let’s not wake up to find a wrecking ball about to strip another piece of our city’s history away. 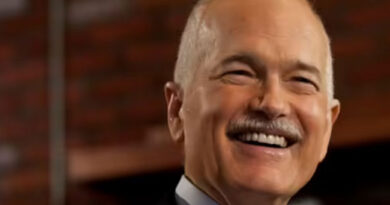