Ted Reeve Memorial Arena’s board chair is charging that city council has done nothing to indicate how a proposed re-allocation of ice time will affect local arenas ever since it voted to examine ice-time access problems.

On Dec. 4, council approved a motion to force the boards of eight arenas to submit full ice-time allocation reports to city staff after the Toronto Leaside Girls Hockey Association alleged the city’s own policies regarding ice time were not being followed.

Ted Reeve arena’s chair Keith Begley says council’s decision was politically motivated and rash. He says the city has done nothing to move on the issue in the week following the vote.

“We’ve been trying to get information from them since they passed it, to find out what this means for us, but they haven’t been clear,” he said.

“Our numbers are fine,” said Begley. “We’re in line with what the city allocates.”

“I don’t think we have a fair or equitable share of ice at Ted Reeve,” said Baker. “Proportionally, (boys) get more ice than we do and that isn’t right.

“Hopefully we’ll do better this year.”

Councillor Janet Davis, who put forth the motion at council, says the city has been clear in asking arena boards to submit allocation plans for 2010-2011 to planning staff to finalize a new directive.

The city’s equity policy states that youth recreational hockey is given priority for ice, followed by youth competitive hockey, and finally, adult shinny.

The Leaside association uses 18 public and private arenas across Toronto. According to Baker, the purchase of prime ice time has cost his association $1 million more than it would have had the girls been able to use cheaper, city-run rinks.

Baker alleged the arenas were not allocating ice time based on the number of players living in the immediate area, but based on the arena’s historical usage.

“If you’re there to represent a community, why would you do it based on historical use?” Baker said. “We respect the past, but we allocate resources based on who lives in the community today.”

Baker said its time for the city arenas, arena boards, and associations to play fair and apply the council’s ruling.

“Everybody is going to have to adjust a little bit here.” 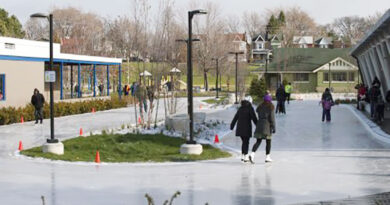 38 of city’s outdoor ice rinks to open this month