How much does it cost to drop off your kids at school?

For parents of Bedford Park Public School students, dropping off and picking up their children was getting pricey.

According to Ward 25 councillor Jaye Robinson, a previous principal changed the start time of the school from 8:50 a.m. to 8:40 a.m. For several years, the earlier start did not cause any problems until parents started getting ticketed.

“Parent’s who were simply trying to drop off their kids … were getting ticketed,” said Robinson who has a child who attends the school.

Bedford Park’s address is listed as 81 Ranleigh Ave., but school officials encourage parents to drop off and pick up their kids on Wanless Avenue, directly behind the school.

On the stretch of Wanless Avenue running adjacent to the school’s back playground there are signs posted outlawing parking before 8:30 a.m. This gives parents only a 10-minute window to drop off their children legally, which has proven to be insufficient for some parents of young children, according to the school’s current principal, Esther Leung Tou.

“For some really little ones I think the parents want to walk them at least to the drop them off at the door,” she said.

Robinson said she is not sure why police suddenly started ticketing on the street. She said she has not received a single complaint from nearby residents and a couple of residents told the Town Crier they were not even aware of the issue.

It was in October, during a traffic forum concerning the nearby intersection of Mount Pleasant Road and Lawrence Avenue East that Robinson first heard of the matter, she said.

“A lot parents came to that meeting and talked about this issue,” she said. “It became a prominent issue in the local neighbourhood and that’s why I brought it to the attention of transportation staff.”

After a school zone review was completed, in February Robinson took the recommendations to city council who passed the final decision off to the North York community council. It adopted the multitude of changes, including the removal of the current signage on the north side of the street — next to the playground — and the installation of no parking until 8 a.m. prohibitions.

Currently, the old signs are still in place but in late March Robinson’s office said the new signs would be installed within four to eight weeks.

“I’m glad some changes will be made,” said Leung Tou, who has been principal at Bedford Park since 2008. “The most important thing is safety for the kids.” 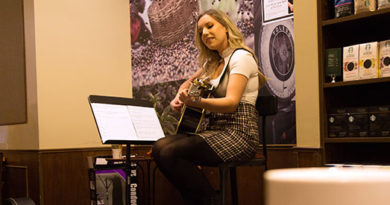