There’s a familiar face back on the midtown police beat.

Heinz Kuck, who spent seven years as the head of 53 Division’s community response unit is back, but now he’s running the show.

Himself a 32-year veteran of the service, Kuck says he’s thrilled to be back in the neighbourhood.

It was while he was first working at 53 Division that Kuck initiated the service-wide Graffiti Eradication Program, which partners with the community with police to reduce crime through targeted graffiti removal.

“It’s been recognized as one of the most successful programs in North America and as a service we’ve done really well with it,” said Kuck.

He was also heavily involved in creating better race relations in the Thorncliffe community. Under Kuck’s leadership, the unit launched a program that included public readings of the works of Martin Luther King Jr. at Thorncliffe Park Public School, organized a candlelight march and vigil in celebration of the International Day for the Elimination of Racial Discrimination, and raised funds to buy books on black history for area schools and drop-in centres. For their work, the Community Response unit won a 2004 Community Policing Award from the Ontario Association of Chiefs of Police.

While he’s proud of these past accomplishments, there is more work to be done, says Kuck.

The staff inspector said there has been change in the neighbourhoods 53 Division polices, namely in population growth due to the development of condos and apartments.

He also noted the affluent neighbourhoods policed by the division are subject to break and enters, auto theft and even some gang activity.

“(The) division has not been immune to that so we do have some gang activity, we do have some gun activity and we’re going to be running very, very vigorous campaigns to eradicate those as quickly as possible.”

Kuck said he is now in the process of surrounding himself with the best and brightest in the division and in the community to identify emerging crime trends and develop initiatives to quash them.

“We want to develop programs that are going to be long-term and put finite numbers on ending certain crime trends.”

Calling his first day back at 53 Division heart-warming, Kuck said he was greeted by a lot of rank and file with whom he had previously worked, and he received numerous welcome back calls from members of the community.

Kuck also has personal ties to the neighbourhood. He graduated from Lawrence Park Collegiate Institute, and lives just north of the division.

“It’s just such a dynamic and enthusiastic community, that working with this community and my officers at the station is actually a dream come true.” 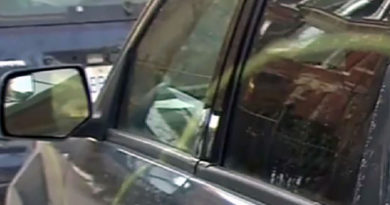 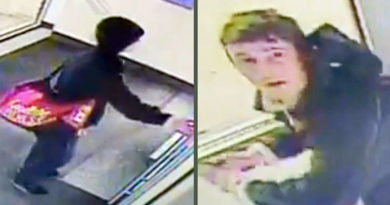