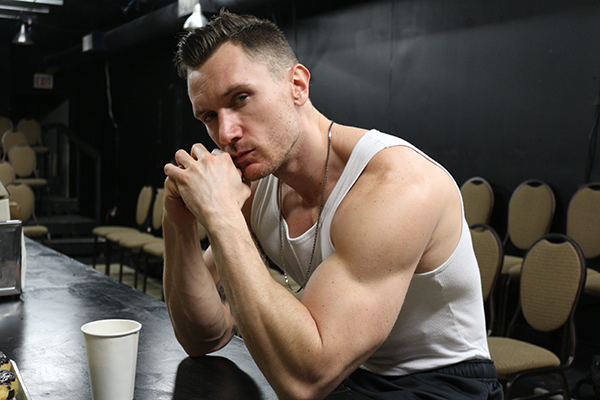 Much like fitness training, the days of the week are divided up into segments for Forest Hill denizen, Paul Dods.

But instead of one day being devoted to legwork, and another devoted to traps, the 30-something actor has been moving from his day job at a construction firm to the Coal Mine Theatre.

He plays the muscle, Kiril Ivakin, in Superior Donuts, an ethnically charged comedy about a Polish doughnut shop owner who runs into trouble with Irish gangster, ergo his enlisting of Russian gangsters. Enter Dods who takes a moment from rehearsal to chat in the Coal Mine Theatre in mid-February.

Dods portrays a nephew of a DVD shop owner, which is next door to pastry shop. Of course, Dods is enjoying every moment of his character. It’s led him to learn a few choice phrases in Russian, as well as choreograph fight scenes, within reach of the audience.

“It’s just saying the words, with the right pronunciation, and at the right speed,” he says, of learning his adopted language.

Certain sounds like the Russian R, his mouth is not programmed to pronounce, he says. He tries to roll his R, hesitating only briefly before rattling it off.

Dods has established himself in the acting community of Toronto, having attended the Professional Actors Lab. Through that network, as well as agent Jana Abrams, he managed to connect with Superior Donuts director, Ted Dykstra.

“This is a really cool play,” Dods admits. “I thought I’d dip my toe in theatre because this is more up my alley than say, Shakespeare.

“I like to try new things, and have new experiences.”

It doesn’t hurt that he’s ripped. Under the cool exterior of a black Adidas jumpsuit is a chiseled physique.

He laughs, heartily, and is candid about his work as a male fitness model. It’s landed him covers of romance novels, like Fabio from days of yore.

“I’ve been lucky enough to do some opportunities that have come to me for the book covers and other great photographers who work in the genre of fitness,” he says.

However, he hasn’t been adhering to his regimen as of late. Rehearsals at the Coal Mine Theatre have been giving him a cardio workout to remember.

Still, when he’s not acting, and modelling for photographers, Dods is helping Custom Glass Railings partner, Noah Grant, sell their wares in neighbourhoods like Forest Hill and the Bridle Path.

“I wouldn’t say I’m an actor, fitness guy or business guy,” Dods says. “I wouldn’t label myself as one thing.” 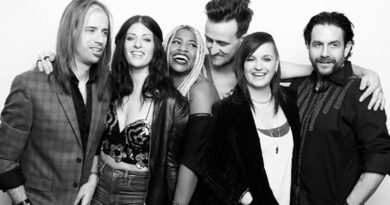