The 51-year-old stands, draped in monochromatic Chanel and pixie coif. She’s under the watchful gaze of many a portrait — Kate Moss and Brigitte Bardot — at the Framed By Izzy shop on Spadina.

Set on the floor, to Nastic’s left, and ready for their Izzy Gallery exhibition March 30–May 14, are her portraits. Haunting figures, Canadian supermodel Yasmin Warsame included, bleeding their raw emotions into the dibond — exemplars of the exhibition’s title, Invisible Brush.

“I had the chance to meet all these amazing photographers, and I think it really triggered me to take the camera and try it,” she said of the opportunities she’s had with industry stalwarts Ellen von Unwerth, Arthur Elgort and Watson. “With me (my photography) became a complete extension of my painting because I am a trained painter.”

The Forest Hiller studied fine art at the University of Belgrade. It was there she dabbled in German Expressionism before getting more intimate in the style of watercolour, particularly the wet-in-wet technique.

Husband Izzy Sulejmani, also the gallery’s owner, fled Belgrade with her just as the war began.

She taught watercolour at the Art Gallery of Ontario, and it has been a happy accident that her previous craft has blended into her recent pursuit.

Contrast, mood and the watercolour bleeds are those elements of first love that have found their way into her recent venture.

“This was impossible. These bleeds — that was it,” she says, her Serbian accent adding a smoky texture to her voice. “Because I’m a painter, I’m using colour as a brush. I’m moving the camera the way I would almost go with a brush. I sweep it.”

She mimes her process. The results are thumbprints of mystery.

Nastic captures those vulnerable moments in her work, much like Peter Lindbergh, described as one the fashion industry’s first photographers to include a narrative in his series.

“Very few photographers did what Lindbergh did,” she says. “This one model I was photographing was laughing, and I was waiting for that other moment when she was not laughing.”

The unfettered emotions are completely organic.

“The model asked me, ‘What should I bring?’ and I said, ‘Just come’. Not even makeup,” Nastic says. “It’s unpredictable, but I, as an artist, have to control it. And you learn how to control it.”

There are 18 photos included in her exhibition. Nine will feature Warsame. Invisible Brush starts with a launch party March 30 at the Izzy Gallery in Yorkville. Jeanne Beker is set to host. The show will continue to May 14. 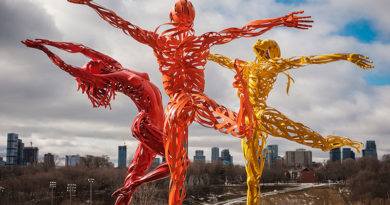 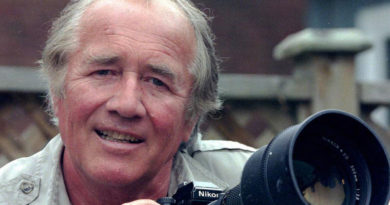 Boris Spremo photographed the world near and far