You could call it a morbid fascination.

“We are interested in people who are dead and buried,” said Fraser Dunford, a genealogist with 30 years experience.

People trace their family trees, he said, because they want to knowmore about their roots — where they came from and why they are the waythey are.

“Majority of people start wondering what their family was like, more than just their grandfather,” he said.

Dunford got started in the field when his father began collecting information on their family.

“Then my father went blind and finally couldn’t read his recordsanymore, and handed them to me. It grew and grew until I was deeplyinvolved in the hobby. And now I’ve ended up working in it full time,”said Dunford, who is the executive director of the Ontario GenealogicalSociety.

Dunford has traced his family back to England, Ireland and France. Oneof his relatives was a soldier in the British army during theNapoleonic wars. Looking at the original pay book records, Dunford wasable to trace the soldier’s progression as he moved around with hisregiment.

“(It) was quite a fascinating thing to be dealing with actual documents that were created at that time,” he said.

Genealogical research has changed dramatically over the past 20 years with more records becoming digitized and posted online.

And today, there are more ways for people to record and share the personal details of their lives.

Facebook entries, Twitter updates, blog posts, archived emails andYouTube videos — these are all ways technology can digitally preserveour lives. And it could have the potential to change the waygenealogists do their research if these digital records are saved, saidDon Hinchley, a former president of the Ontario Genealogical Society.

“It would be like having access to people’s telephone conversations,”he said. “It would give a different side to them — their personal life,what they did today.”

These personal details are what many genealogists look for when they’re researching.

While browsing through old copies of the Ontario Gleaner, Hinchleyfound a story about his grandfather, who died five years beforeHinchley was born.

It was around Halloween and a group of young boys was trying to stealpumpkins from his grandfather’s property. So his grandfather’s took outhis shotgun, loaded it with dried peas, and started firing at the boys.

“There’s a description of the boys running down the street yelling,” hesaid. “These are the little anecdotes. I found some of my aunt’s schoolmarks in the local paper. I found incredible descriptions of weddings,and what the bride wore, what present the groom gave to the bride. . .Things they don’t do today.”

Bob Crawford agrees genealogy is about more than just names and dates.He likes to find out what his ancestors were like, what their life waslike, why they immigrated, he said.

Some of his relatives were stonemasons from Scotland who came to Canada to work on the Rideau Canada.

“There wasn’t any work (in Scotland) and the government advertised thatthey were building these canals and forts in Canada. So they said,‘That’s great. I’m going to go there. I’m going to follow the money’,”said Crawford, a past president and current secretary of the OGS.

Genealogy can also go beyond the person. The City of Toronto has adirectory listing the previous owners of houses going back to the1840s.

When Hinchley was renovating his old house in the Broadview and Gerrardarea, he found a name scribbled on the inside of one of the walls.

“(The house) was built by Jay Taylor in November 1889. I went back anddid a little looking up and found he was a builder, and was able totrace a number of people who lived in the house. It just adds a touchof human interest.”

Finding personal records is a goldmine for genealogists because — inaddition to being rare — they provide a tangible connection betweenresearchers and their ancestors.

Crawford was helping his mother clean the junk out of her house when hefound a shipmaster’s license that belonged to his great-grandfather.

“I just stumbled across that document,” he said. “It was tucked betweena couple of books. . . This is an original (certificate) from aroundthe 1880s.”

“He used to spend the summer on the ships on the Great Lakes and thenbe back to go to school during the rest of the school year,” he said.“And he ended up with a degree in fine arts and poetry, which I thoughtwas interesting for someone who spent his time on ships.”

After graduating, Crawford’s great-grandfather became a ship captain,and later bought a company that provided coal and wood to fuelsteamships, a business he ran until he died in 1940. He was also atrustee of Queen’s, and was the eldest graduate at the time of hisdeath.

“You stumble across these things sometimes,” said Crawford. “Whenyou’re younger, you don’t think of them as being significant. But asyou get older, they begin to have some meaning.”

The first step is to gather all the family stories by talking to your living relatives. But genealogist Fraser Dunford says you shouldn’t assume all the information is factual.

“There’s maybe a grain of truth to them but they’re just stories,” he said. “But they give you something to work on.”

Once you know where your ancestors settled, you can start searching official records, like the census.

“It’s not always just one piece of information,” he said. “You get direction from a number of sources, and they all end up pointing to the same conclusion.”

But navigating the web of official records can be difficult for neophytes, said Dunford, who suggests joining a genealogy association and attending their meetings, where you can meet more seasoned hobbyists.

“You may find instantly people who are already working on that family,” he said. “They can advise you where. . . the land records are kept and where the tax records are.”

The Internet has made genealogical research easier but has also decreased the quality of the work being done, Dunford said.

He once saw a family tree someone posted online that showed that the son was born before the father.

“The Internet is wonderful if you can look at original records,” he said. “If you’re looking at somebody else’s stuff, be highly, highly skeptical. The rule amongst genealogists is you have to give evidence for every step.” 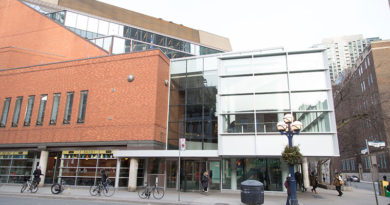