On Oct. 29 councillor-elect Josh Matlow had but one task on his mind: Re-stocking his fridge with groceries.

Just days after the election that put Matlow in the council seat for St. Paul’s Ward 22, the 34-year-old could be found at a Yonge and Eglinton farmer’s market with wife Melissa, meeting residents and trying to get groceries into a home that’s served as a campaign office for the past two months.

But in all likelihood, his job for the next four years wasn’t too far from his mind.

Indeed, in a Town Crier interview a day earlier, Matlow said he is anxious to roll up his sleeves and get to work.

“I am very focused on working for the community and city,” he said. “After the victory, attention turns to transitioning into the role of councillor.”

This means putting together his staff team, making plans to move into city hall, and, most importantly, getting to know his new council colleagues.

“Many new councillors are reaching out together and want to work cooperatively on behalf of our city and end the partisan bickering,” he said.

But don’t expect Matlow to be a whisper on council.

The seven-year school trustee got his political feet wet at the Toronto District School Board, where he was known for speaking his mind, often on controversial issues.

With his third election win behind him, Matlow said he’s turning his focus to the needs of the constituents.

On the campaign trail, he heard the desire from the community for council to work together, he said.

“People want a mature discussion at council where councillors thoughtfully discuss issues,” he said Matlow. “And if we disagree, to do so respectfully.”

This is a sentiment Matlow echoed in a Town Crier interview a year ago on Oct. 6, when he announced his intention to run for council.

“I see city hall far too polarized between the right and left,” he said at the time.

With the new council being sworn in Dec. 1, Matlow said he’s still figuring out how he’ll build his team, and if finances will allow him to rent a constituency office.

The race for retiring longtime rep Michael Walker’s seat on council was a tough one: Matlow was pitted against Chris Sellors, Walker’s former executive assistant.

Sellors could not be reached post-election, but said on election night that people were looking for both change and experience.

“If I am not successful, it’s not for lack of trying or lack of team spirit,” said Sellors, surrounded by supporters, including former prime minister John Turner.

Sellors and Matlow were not alone in the race for Ward 22.

Ward resident and candidate William Molls, 22, ran an impressive campaign and was often praised by his competitors, media and residents for his articulate and thoughtful focus on local issues.

But he was disappointed when he came fourth behind third place finisher Elizabeth Cook. She took1,900 votes to Molls’ 869 votes.

Cook, an unknown, did not return calls for interview requests throughout the election.

Molls said all his votes were hard-fought. 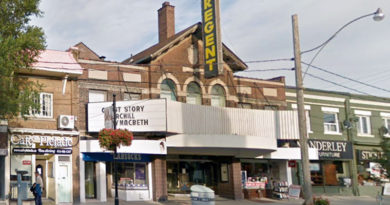 Teacher and coach looking to unseat Stintz in Ward 16