Penny wise and pound foolish is an expression I remember from my youth. Lately, that phrase keeps popping into my mind. Since pounds are a currency used in Britain, we could update it for ourselves to penny wise and toonie foolish.

As a city councillor, I find it frustrating when I am asked to vote on things without sufficient information. Without the right information, how is city council supposed to get good value for taxpayers’ money?

When I was a business owner, I would collect all the necessary information to make a prudent decision for all major projects. After all, most of us can recall a situation where someone has offered us a deal that seemed too good to be true, and when we checked into the details, it turned out it wasn’t much of a deal. Sometimes, those kinds of deals can end up costing a person a lot of money and unnecessary grief in the long run.

One of the things you learn in business is that you have to invest in the future. I am reminded of that, every time I take the subway across the Bloor Viaduct. The city built the lower level the subway uses when they built the original bridge even though this was long before the subway was built. Many complained about the extra cost at the time, but in the long run it saved the city millions. The city council of the 1910s had a vision — a long-term vision — that paid off for all of us.

If you’ve ever been to Halifax — which is a wonderful city — you know how important their harbour is to their tourism industry and how important tourism is to Halifax. For the sake of the environment, Halifax built a $55 million sewage treatment plant in 2008, but after less than a year it broke down — dumping raw sewage into the Halifax Harbour. This was not good for tourism. Some say the problem was created because they chose to use a cheaper process to build and design the plant. It took over a year to fix it and repairs cost an extra $10 million.

All of this reminds me of another expression I heard a lot when I was younger: You can pay me now or pay me later. 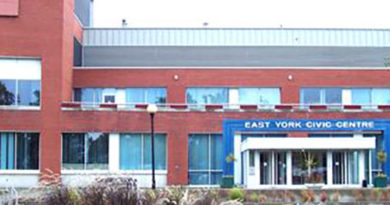