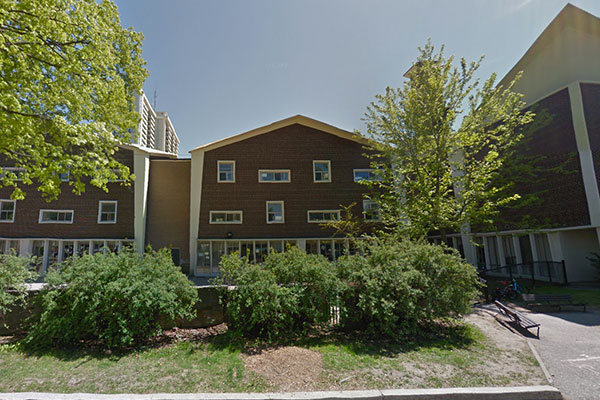 The redevelopment of Davisville Junior Public School and Spectrum Alternative School will officially include a city-funded community centre. The new community centre will be first in Ward 22.

Construction of the three-storey building is to begin in July 2018, the Toronto District School Board revealed at a public meeting on Sept. 20. The building is to include an aquatic centre, community room, double gym and underground parking.

Estimated completion date is September 2020, after which the current building will be demolished and replaced with a field and playground.

“I sat there and couldn’t get this big smile off my face pretty much all evening because after six years it’s finally becoming real,” John Hiddema, co-founder of grassroots organization Midtown Hub, told the Town Crier.

“It’s truly gratifying to see the hard work from so many people come together and see a project of this scale actually happening,” he said. “It’s fantastic.”

Ward 11 Trustee Shelley Laskin said the announcement was as satisfying for the school board as for the community. Until the capital funding was announced, the project wasn’t a reality for the board either, she said.

“Now that we’re really beginning to begin to think of this as an actual rebuild project, the details can come out, and of course the details what the community cares most about,” she said.

The project will be supervised by Snyder Architects, which has built more than 200 schools over the past 36 years. A team including Laskin, Davisville principal Shona Farrelly, Toronto Children’s Services, and the city’s parks department will oversee the design. It will be critiqued by a review team including Davisville and Spectrum parents and community members before being finalized.

Laskin said the design team hopes to present its initial vision for public review in November. The team will keep in mind principles such as accessibility, environmental sustainability, and the neighbourhood’s Midtown in Focus guidelines, she said.

The delay before construction is due to the city’s approval process, Laskin said. “It’s critical we give ourselves the appropriate time, so that if at all possible we can start sooner than later.”

Cager’s love of the game came from aunt