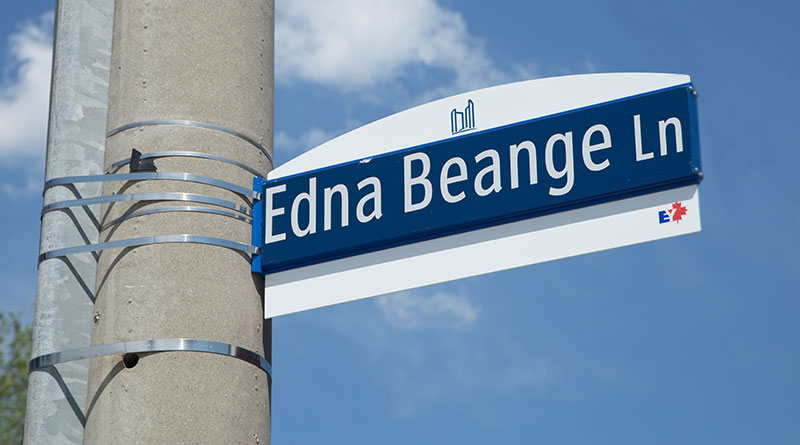 It was a joke at the dedication of the lane but it also summed up why the lane was being named for the late Beange: she had been a tireless activist for improving life in Leaside and Toronto.

The lane named after Beange was right beside the garden apartments near Bayview Avenue and McRae Drive  where she spent her later years, after advocating for them to help keep seniors in Leaside.

Don Valley West councillor Jaye Robinson and Beange’s friends and family joined Oliphant in paying tribute to her on June 25.

Beange died in January and was widely remembered for her life’s work, including being eulogized by Oliphant in the House of Commons. (See obituary.)

Oliphant in his remarks at the naming ceremony thanked Leaside resident Pancheta Barnett, who also chairs the city’s committee for honorific and ceremonial street and lane-naming, for her efforts to make Edna Beange Lane a reality. 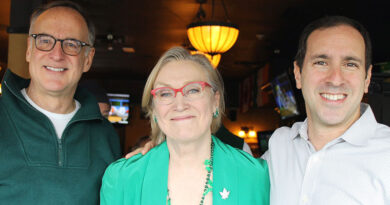 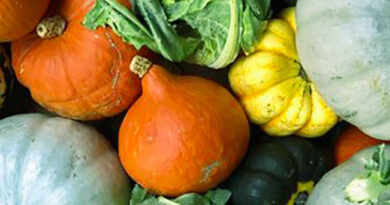