Lloyd Ravn knows all too well the importance of getting in a hearty chuckle whenever one can be found.

The amateur comedian and father of two deals with trying experiences every day at Bloorview Kids Rehab, where his son Eric, 4, is recovering from two major strokes he suffered in May.

As one of many parents who spends countless hours helping their children rehabilitate from serious illness and injury, Lloyd figured a night of entertainment would give everyone a chance to unwind.

Dubbed Laughs for Possibility, the Oct. 21 fundraiser at the Crowne Plaza Toronto Don Valley Hotel will feature a slew of Canadian comedians, including Alan Park of the Royal Canadian Air Farce and Terry McGurrin of Comedy Inc.

The event follows on the heels of the inaugural Laughs show held in January.

“As parents, we really have to be there for the kids, so if we can recharge our batteries a bit too, it helps with the whole recovery,” he says.

Either Lloyd or his wife Jodi are with Eric every day as he attends intensive therapy classes. Eric was identified as developmentally delayed shortly before his first birthday. At age 2, he suffered his first stroke. His condition is undiagnosed at this point, and he is currently in the inpatient unit at Bloorview.

“Sometimes you realize how odd it is to be sitting helping your child recover from something like a major stroke and you’re laughing at something, and you realize, ‘Oh wow, it’s kind of weird that I’m laughing right now’,” Lloyd says. “But then you realize that laughter is going to help you get through the next stage of this traumatic event.”

Standup comedy was a longtime interest of his but Lloyd was reluctant to actually get on stage.

Lloyd says encouraging his son to overcome the difficulties he faced in therapy made him realize he should be doing the same.

As for his routine, Lloyd says he sticks mostly with autobiographical jokes about marriage, being a parent to two young sons — Eric and Alex — and the humour found in everyday life.

“I talk about the fact that I’m probably the world’s youngest Lloyd, ’cause that’s not exactly a young guy’s name,” the 36-year-old says.

He says his inspiration for the fundraiser came from a bonfire that social workers hosted for Bloorview parents in the facility’s backyard one night.

“It was my first time leaving him alone for a little while after his stroke last year so it was just me and adults, which was a really nice experience,” Lloyd says.

He’s grateful for the facility, the largest of its kind in Canada.

“Bloorview has done a lot for our family,” he says. “When you come into this building, you get a strong sense that everybody really cares about the kids that are here.

“They all put a lot of heart into it and I just wanted to do this as a way to say thank you for that.” 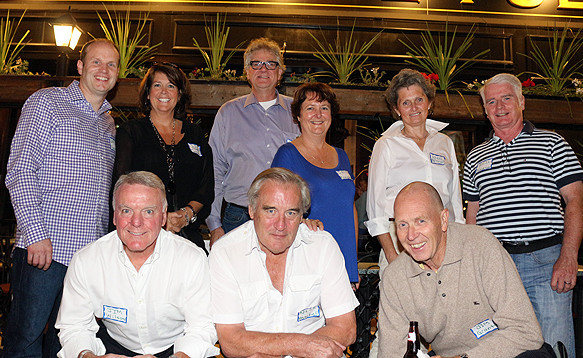