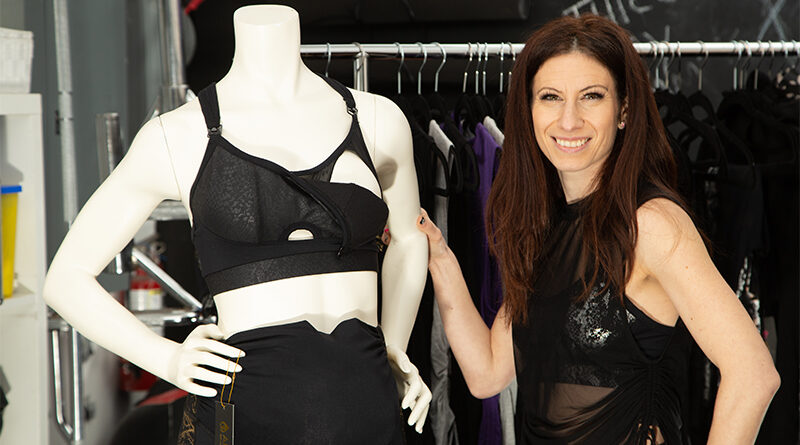 During her first maternity leave in 2016, finance professional Olivia Fazekas had a tough time finding a nursing sports bra.

The closest brand she could find in maternity activewear that was fashionable and functional was New Zealand’s Cadenshae.

“I started off importing maternity and nursing activewear as a part-time job on maternity leave,” the Lawrence Manor resident said in a phone interview. “It took off in Canada.”

Fazekas and sister Milena Glauberzon worked together, selling 500,000 units in Canada in one year. But natural changes in the direction of the two ladies’ lives in 2018 allowed for Fazekas to adapt and start her own business.

“I just fell in love with maternity, nursing activewear,” she said. “And didn’t want to stop doing it.”

Going it alone was terrifying

The solution was to write her business plan for After9 and it wasn’t just going to be functional activewear.

“When I looked at what women at the gym were wearing, they were wearing these $300 ultra-core leggings that looked slick, and that was not what I was distributing,” she recalled.

The process of going at it alone was terrifying for Fazekas, she admitted because her sister was her cheerleader when they first entered the activewear market together.

“Sometimes, when we have a vision, we need to act alone because there isn’t the luxury of having a partner,” Fazekas said. “It is a mentally terrifying and very freeing place to be. And oftentimes as mothers, we feel this way too, which is why I have the nine as an exponent in the logo.

“It represents our exponential potential when we learn to take care of another human being.”

After9 aims to fall into the high-quality performance wear category. The ultimate goal is to be on par with Lululemon with the same focus on sustainability and ethical manufacturing. That means everything is locally sourced from the workers to the materials.

The mompreneur also wants to ensure that mothers-to-be can continue wearing her product after they give birth. Leggings feature ruching along the waist, which allows for expansion to accommodate a growing baby bump.

All the product testing and quality assurance were done during the pandemic, which on its own posed a big challenge.

“Just stop. Do After9. Get your clothes out the door,” she said. “I’m still terrified because I have sales goals and trajectories and because of the pandemic. We went back to old-school tactics like pop-up shops to get in front of people and markets.”

A vast network was grown by connecting with personal trainers, lactation consultants and doulas helped spread the word by mouth. After9 successfully launched on Dec. 9, 2021.

“Motherhood is such a special time in a woman’s life and it’s also a time where you go from having a full wardrobe to — all of sudden — you need your clothes to do more for you,” the proud mother of four-year-old Lincoln and six-year-old McKenzie said. “They need to be functional and accessible so you can breastfeed your baby at any time.”