Liberal Wrzesnewskyj, who was ousted by Conservative newcomer Ted Opitz by only 26 votes, has taken the rare step of filing a contested election application at Superior Court.

“These irregularities seriously call into question whether the democratic will of the qualified voting electorate was reflected in the result,” the application statement reads.

The application states the irregularities at polling stations are in excess of the 26-vote plurality, and therefore calls into question whether Opitz “is in fact the duly elected representative of the constituents for Etobicoke Centre.”

If it can be shown that irregularities affected the election’s outcome, a byelection could be ordered.

But Wrzesnewskyj says the application is about more than triggering a byelection. In his view the court action is necessary in restoring confidence in the electoral process, given what he says were substantive irregularities in the riding on election day.

“If the integrity of the process is undermined, people won’t have confidence in the government,” he said. “It’s terrible to think that we don’t know whether the person that carries title of MP in fact is an expression of the will of the people.”

Respondents named in the application include the Attorney-General of Canada, Elections Canada, Marc Mayrand, Canada’s chief returning officer, and Allan Sperling, the returning officer for Etobicoke Centre. All candidates who participated in the election are also named as respondents, but that is simply required under the statute, says Tom Barlow, Opitz’s lawyer.

“The application does not rely on any allegations of irregularities by anyone involved or associated with the campaign of Ted Opitz or the Conservative Party,” Barlow said. “It’s also our position that the result of the election was not affected by any irregularity.”

The matter is to be heard in court on April 23. 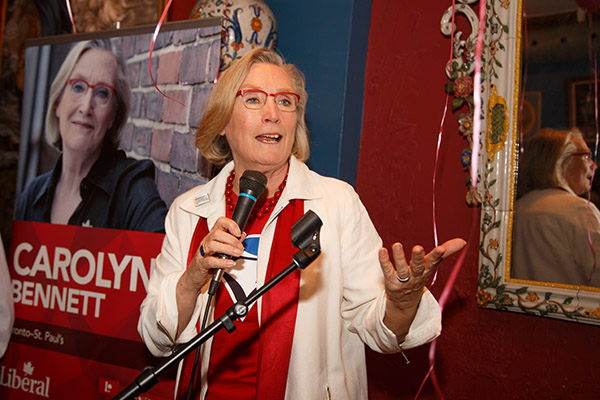 Another election, another landslide victory

Wynne to be next premier