The killer in the high-profile 2010 crossbow murder has been sentenced.

Zhou Fang, 26, reportedly pleaded guilty to second-degree murder and was sentenced to life with no possibility of parole for 10 years.

This came less than two years after the highly publicized murder, which took place in the Main Street library on Dec. 2, 2010.

At the time, police said the man who was arrested and charged with the murder was the son of the victim, 52-year-old Si Cheng.

At the sentencing, it was reported Cheng had tormented both Fang and Fang’s mother for years with both physical and sexual abuse, leaving them in constant fear for their lives.

At the time of the murder, some people said Fang sprayed a substance as he entered the library.

During the sentencing, it was reported that in fact Fang first entered the library, shot his father in the back with the crossbow, sprayed something in his face, and then crushed his skull with a hammer. 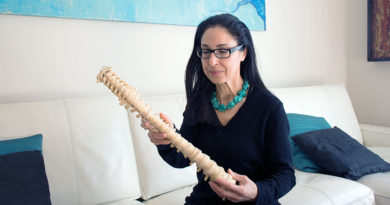 Killers and skeletons: Another day at the office