These are just some of the challenges officers like Staff Sergeant Jim Gotell have to face while deployed in Afghanistan.

“The environment’s very stressful,” Gotell said. “The conditions that people live in they can be very extreme, the heat, the dust, so it’s very important that people show support for them.”

Police at Gotell’s 33 division are showing their support by encouraging the public to drop off gifts for officers currently serving in Afghanistan. Even a small gift can make a big difference to our men and women in uniform overseas, Gotell said.

“My wife was really good about sending me packages,” he said. “Usually about every week or two, she would send me a box.”

Gotell recently returned from a nine-month tour of duty in Afghanistan where he served alongside other police officers from Toronto and around the world. During his deployment, Gotell and his unit were responsible for training local police forces while also maintaining law and order at their base in Kandahar. Police forces from multiple countries were present, but from what he saw, Gotell said none of them did as much as the Canadians.

“The Canadian police that go there are really the only international police right now that fully support and integrate with the Afghan National Police and go out with them while they’re doing patrols,” Gotell said.

Not only was he able to help the Afghan people, he says his experience over there helped him become a better police officer upon his return home.

“You see the different ways that people approach the same task, but maybe from a different perspective, and through that interaction you learn how to do things better,” Gotell said.

Toronto residents can help by giving to 33 division’s care package drive, he said. Gotell says during his deployment, he received a parcel from a Scarborough family that he did not know. It contained shampoo, razors, shaving cream and a card saying how much they appreciated what he was doing.

“I think what really struck home with me was the card that they’d sent,” Gotell said. “Knowing that I was receiving support from people back home, it makes a difference. Because you think you’re forgotten while you’re there.”

Donations will be accepted in the lobby of 33 division’s police station at 50 Upjohn Rd., North York. Those interested are asked to drop off any contributions no later than Nov. 26 to ensure that officers receive their care packages by the holiday season. A complete list of appropriate items can be found on 33 division’s website[/url]. 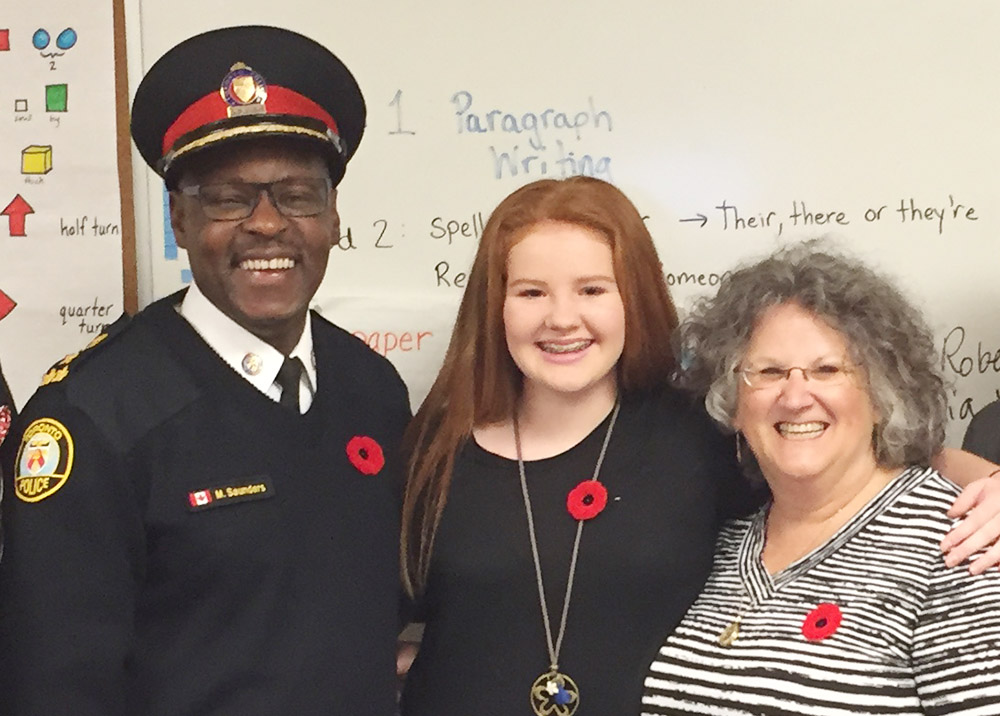