If you’re craving a McChicken, your clock could be tickin’.

That’s because the McDonald’s outlet at the southeast corner of Bayview Avenue and Eglinton Avenue East is likely on its way out, to make room for the Crosstown LRT station.

Jamie Robinson, director of community relations and communications for Metrolinx, said the provincial transit body is in talks with the property owner to acquire the land, as it is at all locations along Eglinton identified as sites for stations.

Community consultations regarding station design are scheduled for Nov. 6 and 7. Included will be discussion on the station at Bayview and Eglinton.

Robinson said a secondary entrance to that station is planned for the northwest corner, near the Metro supermarket. However, because less space is needed Metrolinx is looking to acquire only a portion of the parking lot, near the corner.

Station construction at Bayview is not expected before 2016, but Robinson says Metrolinx is attempting to acquire all properties needed for stations well in advance of construction.

“We want to make sure we have all the properties in place by (the time construction starts) so we’re not trying to acquire properties as they’re trying to build stations,” he said. 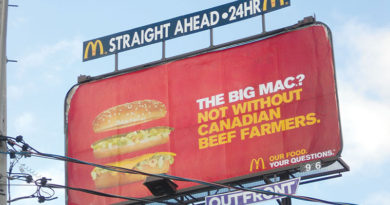