Growing up in North York’s Bathurst Manor in the 60s, Karen Shenfeld just wanted to get out and see the world.

But it wasn’t until an acquaintance came back from a hippie movement in California that she finally decided to take off and explore.

“She had the tie-dyed pants, and long hair with henna, and she was wearing a pair of camel skin slippers,” Shenfeld said. “They were like Dorothy’s slippers in reverse, that somehow if I put these slippers on and I clicked my heels together three times, I would go away.”

It wasn’t so much that she didn’t like the neighbourhood, a series of grid streets bounded by Dufferin Street, Finch Avenue, Bathurst Street and Sheppard Avenue. It was more so that she was interested in knowing what else the world had to offer.

“Bathurst Manor seemed to me to be a place that was really dull and boring, and I really wanted to leave … I really thought that way as a young woman,” she said over coffee at a bagel shop on Wilson. “I didn’t want to stay in that kind of culturally homogenous place.”

Shenfeld said that Bathurst Manor’s population was almost entirely Jewish – to the point that she used to believe as a child that non-Jewish people were only on television, but that ‘real people were Jewish’. In fact, she begins the poem “Bathurst Manor” by telling of the irony of the neighbourhood’s street names:

The streets of our childhood/ carried names of English towns./ We skipped up Wilmington/ to the public school/ chanting the blocks aloud:/ Searle, Brighton, Acton, Combe.

But it was during her ensuing travels that Shenfeld discovered those ‘culturally homogenous’ aspects were actually what made Bathurst Manor culturally diverse.

“Oddly enough, I met another guy from the Manor who had been working as a veterinarian in Africa,” she said. “So you never know – you can go far away from Bathurst Manor, and you’ll be in the Sudanese embassy office in Nairobi, and there you will meet another person from Bathurst Manor.”

Now, Shenfeld lives in Toronto, slightly removed from Bathurst Manor, but still not far off of Bathurst Street. She recently had her third collection of poems published. With the title My Father’s Hands Spoke In Yiddish, many of the poems paint a picture of life in the Manor.

“You could write a poem about the objects in your room because if you open your eyes to them you’ll probably find something interesting,” she said. “And I think that’s really what happened to me. I went back and I started to realize Bathurst Manor had something unique.”

Calling herself a writer of ‘quasi-Jewish-magic-realist poems’ (and possibly being the first of such a variety), Shenfeld says her writings relating to Bathurst Manor are far from over.

“I sometimes don’t think I choose to write about things, I think what happens is subjects choose me,” she said. “I’m never finished with these certain series of things I’m doing.”

How the Junction got its groove back 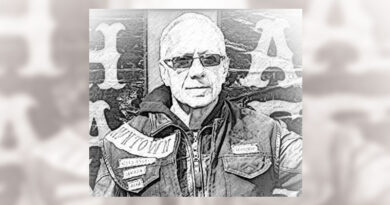 One thought on “Local poet revisits her roots”