The federal riding of Willowdale had been a Liberal stronghold until Conservative Chungsen Leung won it by 961 votes last May.

But now the Liberal Party is saying the North York riding was caught up in the ongoing robocalls scandal alleging party supporters received harassing calls from people claiming to be working for then-MP and Liberal candidate Martha Hall Findlay.

“These ones were more people pretending they were with our campaign but calling at awful hours like after 11 o’clock at night, harassing, being obnoxious, basically making us look bad,” said Hall Findlay adding her office received 10–15 complaints about the calls. “They couldn’t get my name right half of the time like ‘Hi I’m calling on behalf of the Barbara Hall Findlay campaign.’ ”

While she decries the calls, Hall Findlay stops short of saying they cost her the election.

“It’s just impossible to tell,” she said. “But what I will tell you is when you engage in obstruction of electoral process it almost doesn’t matter.

“I went to Ukraine a couple of years ago as part of an election monitoring mission. I mean, this is the stuff other countries have monitored because it’s just not acceptable.”

While she is not sure how much of an impact the reported calls had in her riding, she said she’s pretty sure of who was behind them.

“We have no doubt that it was the Conservatives because they weren’t getting the calls,” she said. “Obviously, it’ll end up being Elections Canada or the police to make that determination, who was actually responsible.”

For his part, Leung denies that either he or his campaign participated in any form of dirty tricks against Hall Findlay during the election.

“That is not the type of campaign I ran,” said Leung. “I ran an ethical and well-fought campaign. If the Liberals have issues to take they should have taken them up with Elections Canada nine months ago.”

Hall Findlay said she did bring up the calls with the media but can’t remember if she lodged a formal complaint at that time.

The Town Crier previously wrote about the same problem occurring in the Eglinton-Lawrence riding in April of last year.

According to Elections Canada spokesperson Diane Benson, the agency has been looking into the claims for several months. She would not comment on specifics of the investigation but, speaking hypothetically, she said the results of a contested election could be voided if a judge decides foul play had occurred.

Furthermore, if wrongdoing is found, the consequences could be heavy according to Elections Canada.

“In a contested election proceeding, a judge is required to determine whether the person who won the election was eligible to be a candidate or whether there were any other irregularities, fraud, or corrupt or illegal practices that affected the result of the election,” reads an Elections Canada backgrounder on the issue. “This is a court proceeding at the end of which the judge either dismisses the application or invalidates the result of the election. An appeal from this decision can be brought to the Supreme Court of Canada.”

Pressure on Mendicino now to carry out promises in Eglinton-Lawrence 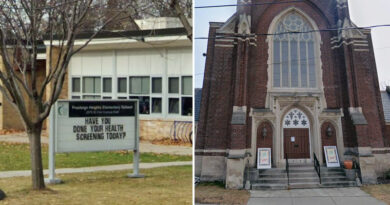