Kingsway business owners are stepping into the ring to help knock out cancer.

The Kingsway Boxing Club is hosting an event that will see local proprietors and personalities going a few friendly rounds to raise money for the Princess Margaret Hospital Foundation. The event, dubbed Fight to End Cancer, is being held at Woodbine Racetrack on June 9.

“Unfortunately, we’re watching a lot of our clients struggle with this,” says Huggins, adding she wants them to know they’re not in this alone. “We’re all trying to work together with them and fight with them.”

Putting together such a large-scale event is familiar territory for Huggins, who has previous experience raising money for cancer research with third-party fundraisers.

Last year, she set up her own non-profit organization, Fight to End Cancer. The boxing match will be its first fundraising event. Huggins says apart from raising money for a great cause, it’s also a show of love for her Kingsway community.

A former amateur competitive boxer, Huggins said community interest in her business surpassed her expectations from seven years ago, when she converted her studio apartment into a training facility. Today, the 600-member club has two locations — one is a boxing facility, the other for general fitness.

“One thing I’ve always wanted to do is give back to the community that’s really supported my business and supported me,” she said.

The evening’s main event will feature a bout between Virgil Barrow, a senior coach at the gym, and Andreas Tsagarelis, longtime owner of Caffe Demetre in the Kingsway.

Tsagarelis, who has owned and operated the restaurant since 1995, said it didn’t take much convincing when Huggins approached him about fighting — literally — for the cause.

“I can’t imagine being diagnosed with cancer … and what implications that would have for my family,” said Tsagarelis, a father of three.

“The one thing that I realized about fights with cancer is that they all end in tears and we’re fighting to try and make those tears of joy instead of tears of sorrow,” he said.

Tsagarelis laughs when he says fighting words have been exchanged — good and bad — with his opponent, Barrow, whom he’s known some time. All in good fun, he says.

“We’re trying to hoop up the fight a little bit, right?”

To get in tip-top condition, Huggins is training Tsagarelis in the gym three days a week, with the restaurateur is doing additional training on his own.

As he prepares for the match-up, Tsagarelis says he’s hoping more local businesses will show their support, whether through donation, sponsorship or just with moral support.

“I think it’s our responsibility to get involved in community events,” he said.

The Fight To End Cancer will take place on Saturday, June 9 at Woodbine Racetrack, 555 Rexdale Blvd. The event will feature dinner, silent auction and entertainment. Fights begin at 8 p.m.

For more information including ticket prices, visit fighttoendcancer.com. Proceeds from the event are going to the Urgent Care Fund at the Princess Margaret Hospital.

A dance to remember 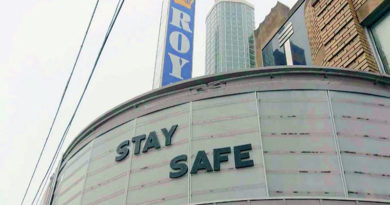