The community around St. Clair Avenue W. and Northcliffe Boulevard will finally be getting the parkette they’ve been promised.

During a meeting at Saint Clare Elementary School, which abuts the current greenspace where the new parkette will go, Councillor Cesar Palacio and Stephen O’Bright, supervisor for capital projects with the city, revealed the final plans for $500,000 community space to more than 50 residents who came to learn about the project.

The project did not come to fruition easily. Palacio said the parkette was originally supposed to be funded by the TTC as a part of the St. Clair Right-of-Way project, but once track work was completed, the TTC said it didn’t have the funds and cancelled the project. Since then, Palacio has been trying to get the city to fund the park’s revitalization. Now that he has the funding, he’s looking forward to seeing what the space can become.

Construction of the new space is expected to start in August, and O’Bright said the park will be ready for its intended use by year’s end.

Some of the parkette’s features include inset seating areas from the sidewalk, which makes the sidewalk a deeper space, new plants and trees, increased lighting, as well as an outdoor classroom or stage.

The latter is intended to attract community events so the space can become more of a hub for the community.

The increase in lighting came as a response to concerns about currently inadequate illumination that draws questionable characters to the park at night. O’Bright suggested the new lighting will be a vast improvement and should alleviate residents’ concerns.

“This (new lighting) in combination with what comes off the school will make this a very safe space,” he said. “You will notice if someone’s in there. It’s not going to look like a sports arena, but you as neighbours and residents will be in a position to tell (what that individual is doing).”

Palacio says he’s excited to see what the greenspace will become.

Calling the project one of his top priorities over the past five years, Palacio was elated by the community’s positive response to the park’s design plan. When the meeting ended, he took a vote of those present — every person was in favour.

For Palacio, that unanimous vote was the cherry on top.

“That was amazing,” he said. 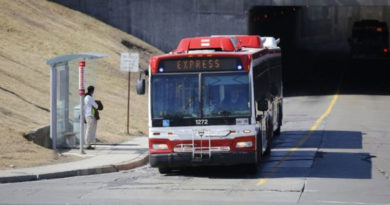