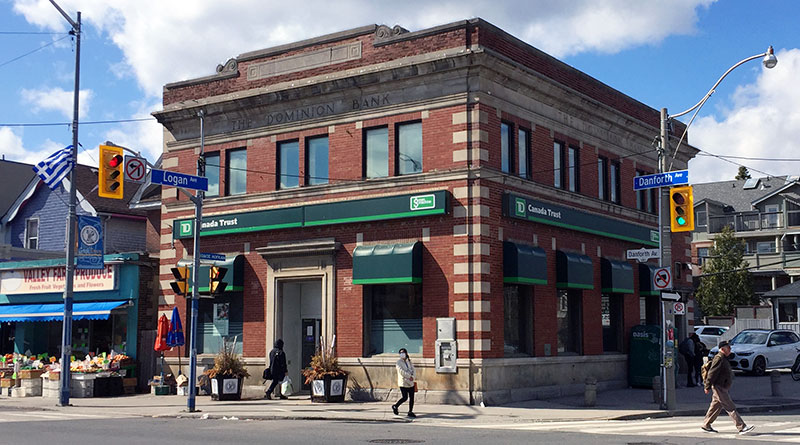 A bank at Danforth and Logan avenues was held up this afternoon by a male claiming to have a weapon, police report.

“The male suspect indicated he had a weapon but it was not seen or shown,” said media relations officer Const. Alex Li.

Police arrived within minutes of receiving the call at 1:54 p.m., Li said. But the suspect had apparently fled on foot with an unspecified amount of cash.

A description of the alleged bank robber has not been released.

Although police generally do not release names of robbed banks, the Canada Trust branch at the corner of Danforth and Logan was closed earlier than its usual closing time during the coronavirus pandemic of 4 p.m.

A sign in the door at about 3 p.m. said the branch was temporarily closed.

Li said the bank robbery appeared unrelated to the police pursuit of another alleged criminal further east at Danforth and Coxwell Avenue at about 3:30 p..m..

In that case a man was arrested after attempting to break into a building using a ladder and trying to elude police by jumping across rooftops. 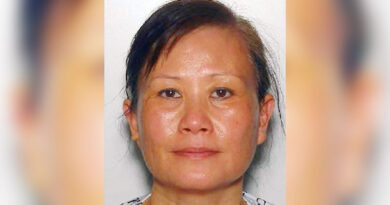