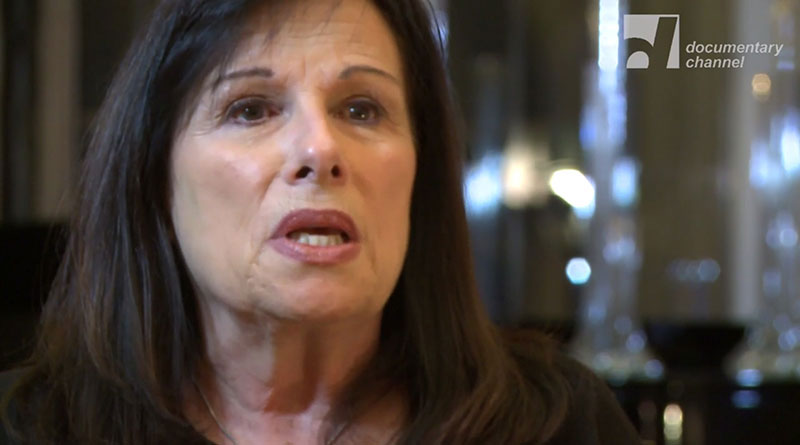 Secrets, those skeletons left in the family’s closet, are never a good thing.

They’ll always emerge at some point, and for Forest Hiller, Malka Rosenbaum, it’s the quickest way to cause discord in the family.

That’s why the 67-year-old shared a detail from her past that her parents didn’t reveal to her until she was 19 years old. She had a sister and her sister was given up during World War II.

“I hope people don’t keep secrets from their kids,” she says, in a June phone call. “I think part of (the reason) is they are afraid they are going to be a judge for their decision during hard times – giving up a child.”

The details of Rosenbaum’s sister Esther, born in 1942, is shared in a new documentary called Secrets of Survival. The first airing was in April, on the Documentary Channel, but another is set for July 7.

She met director Martin Himel through her son Shael, who walked with the director during the March of the Living, an education program that brings students from around the world to Poland in order to visit the historical sites related to the Holocaust.

Back then, it was very common for Jewish families, fleeing the Nazi regime, to leave young children behind at churches or with others, like a wet nurse, in the case of Esther. Families would often return to reclaim their progeny and pay for any costs.

Now, Shael Rosenbaum shared his family’s story with Himel, who in turn reached out to Malka to see if they could uncover the truth behind Esther’s whereabouts.

With the help of genealogist and investigator, Jakub Czuprynski, the Rosenbaums were able to track down but not without a few issues, like being able to discern a C from an M in European cursive.

Unfortunately, Esther did not make it past a week during the war. And Rosenbaum never had the chance to meet her, but knowing is all the more important.

“The word remembrance is very important in Judaism. We go to the synagogue and remember relatives and ancestors,” she admits. “Now, I’m saying a prayer for her now. She became my responsibility and a part of me.”

Also included in the documentary is the story of Juergen Ulloth who was the son of an American soldier. He originally thought his father was German and died during the war, but the secret came out that his father lived in the United States after his grandmother passed away and his letters were discovered.

Aside from heartache, and sometimes guilty, Rosenbaum says she hopes her tale, and Ulloth’s will help open up dialogue in families where parentage is called into question.

“People do want to be forgiving,” she admits. “It creates a much better bond when you talk about unconditional love. This is one of those cases where it does come out.”

The family’s ability to track down Esther so easily does arouse a more spiritual belief in Rosenbaum, who sense something greater at work.

“I think there was a reason that something happened I was given the opportunity,” she says. “I was very fortunate to be given this closure. It’s not so much closure, but a feeling that somebody was attached to me. That’s never happened before.”