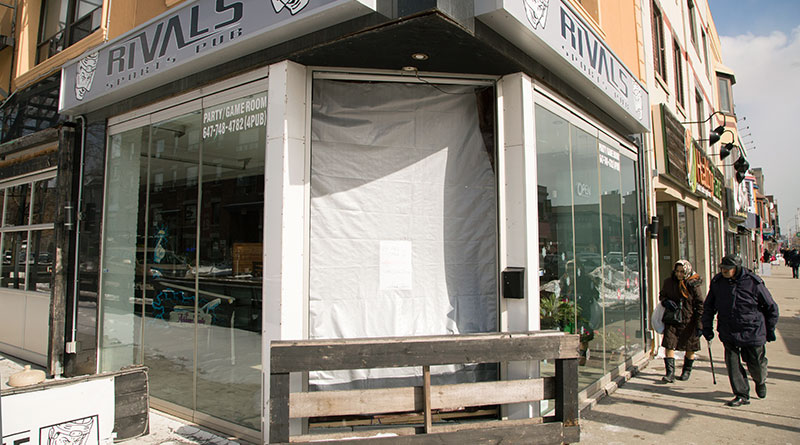 A man arrested shortly after shots were fired on Danforth Avenue on Sunday morning has also been charged with attempted murder and assault following two earlier incidents in Toronto.

The arrest came after a man involved in an altercation fired several shots into a sports bar at 560 Danforth Ave., at the corner of Carlaw Avenue, police say.

The glass entrance to the bar was blown out by the gunfire and was covered by a tarp by Monday morning. Bloodstains remained on the sidewalk, but they had been caused by the altercation and not by the gunfire.

Police say two men had started fighting in the bar and continued outdoors on Danforth when one of them allegedly pulled out a gun and fired, before fleeing the area.

Officers responded to a call about gunshots being heard at about 2:27 a.m. on Feb. 17.

After investigation, police arrested a man a short time later.

He was identified as a man whom police say was also wanted in an attempted murder investigation involving a firearm on Feb. 13 near Sherbourne and Dundas streets.

Police further alleged he was sought in relation to investigation of a domestic assault on Jan. 31.

Joshua Maier-McKenzie, 25, of Toronto, has been charged with attempted murder, two counts of unauthorized possession of a firearm, two counts of discharging a firearm with intent to wound, assault, and 13 other counts.

He was scheduled to appear in court on Feb. 17. 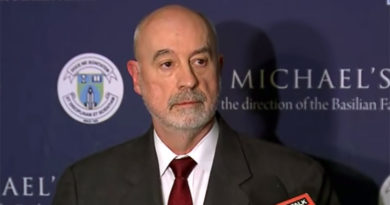 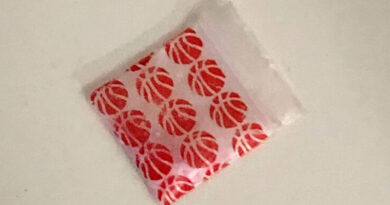 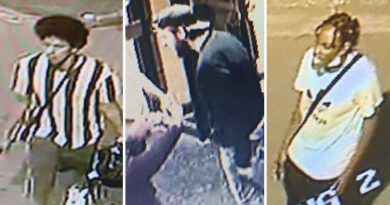