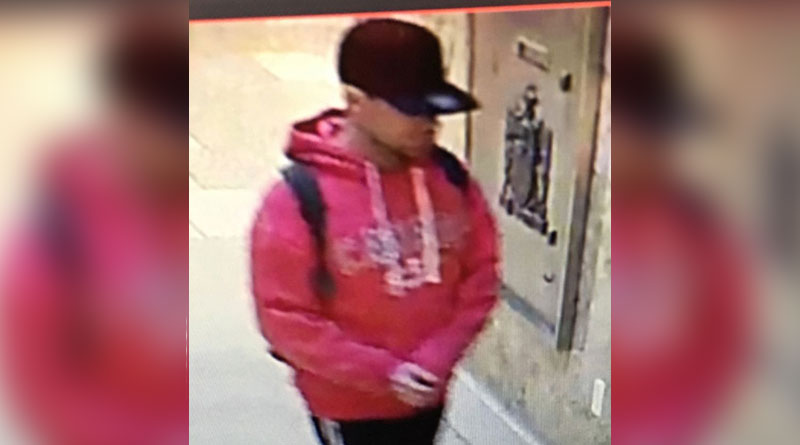 A woman, 35, was robbed of her purse after a man followed her into a condominium building near St. Clair Avenue West and Avenue Road on June 2, police report.

The man, unknown to her, allegedly followed her into the elevator and indicated he had a gun, before assaulting her and taking the purse.

Officers responded to a call for a robbery at about 2:40 a.m. The man had fled before they arrived.

Police have released video images of a man they seek to identify. They warn the man is believed to be armed, violent and dangerous, and he is not to be approached.

He is described as being in his 30s, standing 5-foot-9, having a thin to medium build, and having a fair complexion with very short straight light brown hair. He was wearing a bright pink hoodie with “Canada” in white letters on the front, a red-patterned baseball cap with solid black brim with a Deadpool logo, black Adidas track pants with a white stripe down the leg, black runners, and an orange Jansport backpack with black straps.